Stories with pictures and attached panoramas courtsey of AirPano, member of the global-geography consortium. 10 August 2017

Land occupies only 29% of our planet's territory. All the rest is water and it is not only seas and oceans. The new AirPano virtual tour is about small water basins — lakes and gulfs. They differ from each other but have one thing in common — beautiful landscapes.

Many also have an interesting history: the suburbs of Lucerne lake are the cradle of Switzerland: it is here that the Union of three cantons was created what started the founding of the country. The Kotor Bay in Montenegro was an important strategic location on the map of Europe for many centuries. The armies of Bulgaria, Hungary, Osmania and other countries descended on this gulf and started battles. Today this is one of the most popular place for tourist on the planet that amazes with its pacifying beauty. 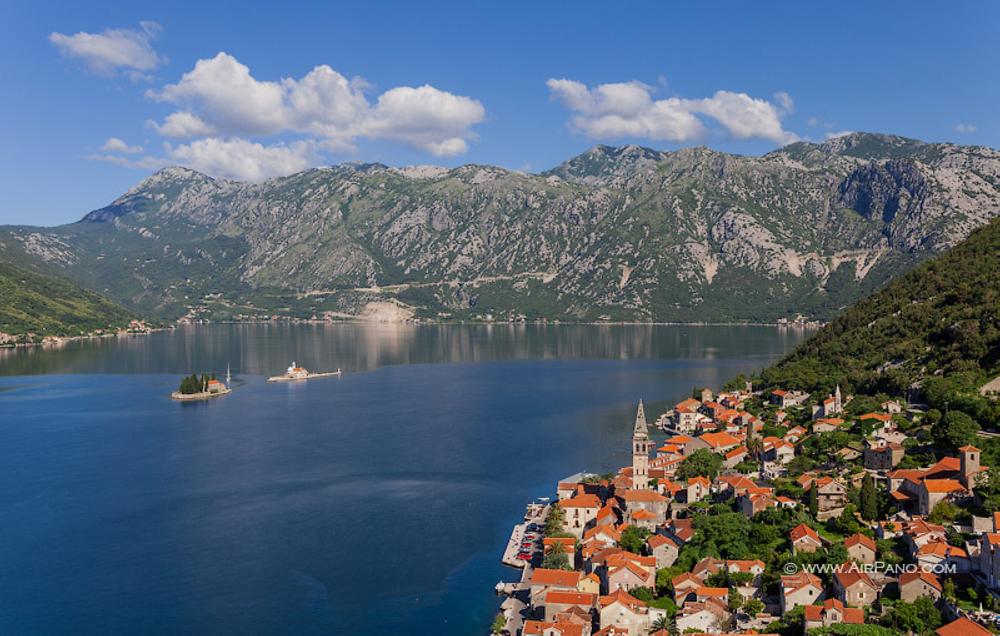 Gulf of Disco, discovered by the Viking Red Erik in 985 separates the Disco Island and the brink of Greenland, so it is really a strait. However, it remains a gulf because its northern part is blocked with ice almost all year long and doesn't connect to the sea.

To make a contrast we offer you a look at a nevertheless cold place in the southern part of the Earth — the Antarctic Half Moon Island is situated in a bay between the Bransfield and Drake straits.

One of the most unusual places on the planet is the Jökulsárlón Glacier Lagoon in Island. This fantastic landscape is alive and constantly changing because of the melting glaciers that make the lake larger. Since 1970 in has increased by four times and today its surface amounts to 18 square kilometers. With the depth of 200 meters Jökulsárlón is the second lake in the country, considered by this criterion.

But the deepest lake in the world is the Russian Baikal: 1642 meters. It is also famous for the unique beauty of its beaches and the transparent bright-blue water: some days, especially in spring, the visual range through the water amounts to 40 meters. AirPano made the footage in winter. Enjoy the colors of the original whiteness.

We also have a colorful still water surface of the Five Flower Lake in the Chinese National Park Jiuzhaigou which is also interesting for its mosaic bottom: it is covered with fallen trees that are seen through the crystal clear water. 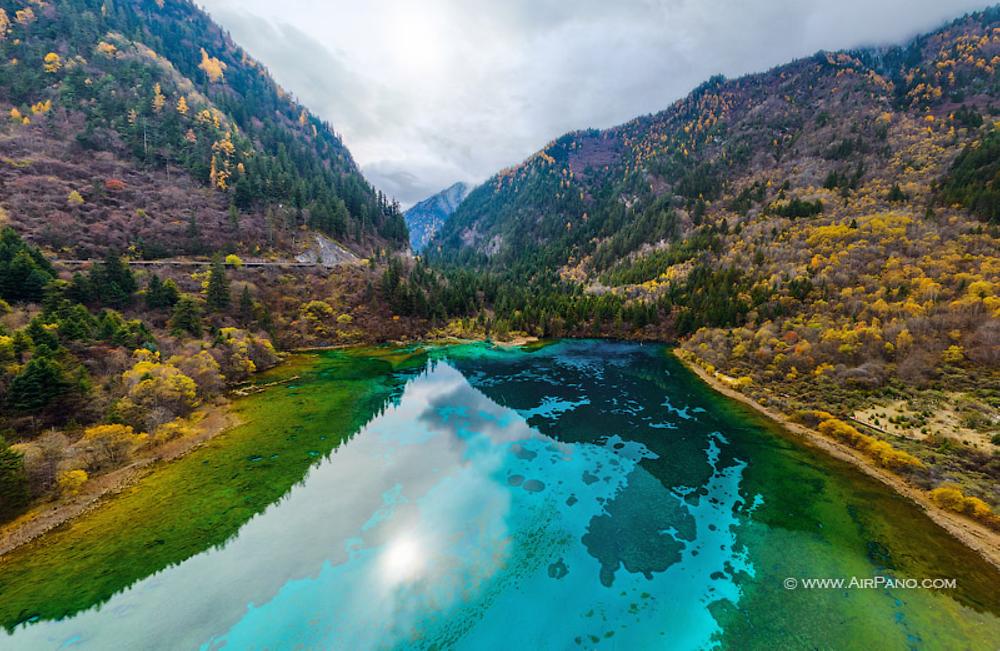 Another famous basin in China is the Thousand Island Lake. It appeared in 1959 after the construction of a hydroelectric power station: a territory of 570 square kilometers was covered with water. But it didn't remain the same — gradually the water started to go down exposing small and absolutely different islands. Of course, there are more than a thousand of them: 1078 of large grounds and the small ones are not even counted. However, Halong Bay in Vietnam easily beats this record: here on the territory of 1500 square kilometers we have more than 3000 islands.

Due to human activities Lake Powell was born in Utah-Arizona, USA. The manmade landscape appeared to be so amazing that the basin became one most famous places in the world.

Lake Bogoria in Kenia is famous for its high saltiness of water: in summer it reaches 100%! It was captured by AirPano at the height of 150 meters at the time of flooding when 2 million flamingos were there.

Sydney Bay is known not only for the natural landscapes — it contains the "business cards" of all Australia: the opera theater that is considered to be a masterpiece of modern architecture and an engineering genius that is the Harbor-Bridge.

Kurile Lake is the second freshwater basin in the Kamchatka Peninsula and the biggest red salmon breeding ground of Eurasia. A large amount of bears come here to catch fish and form a glorious landscape. 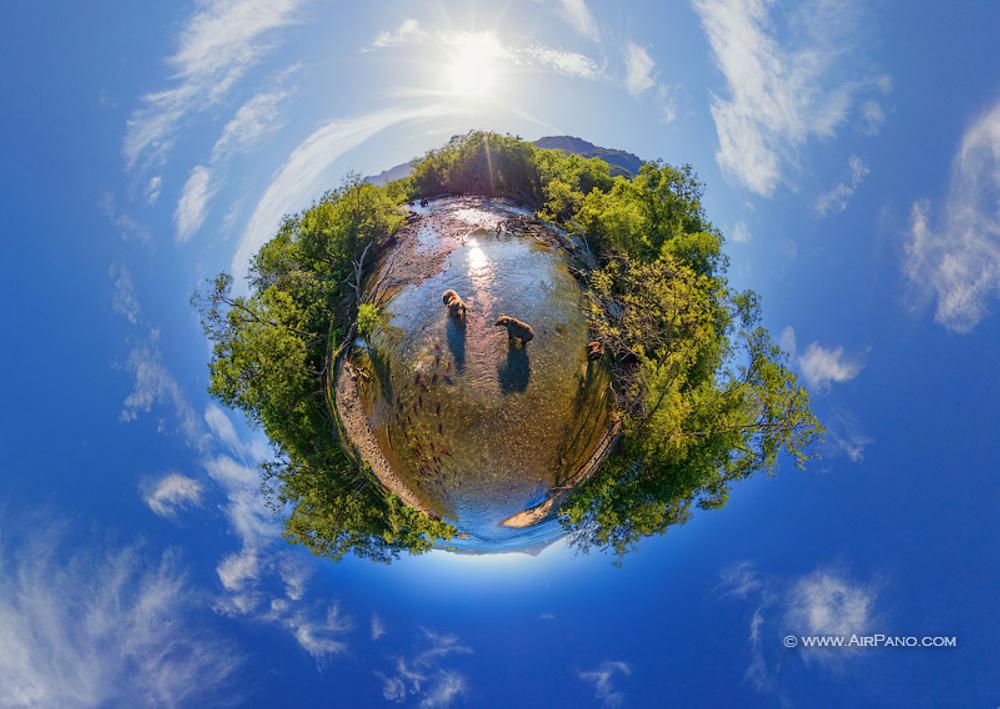 The strict beauty of Russia is also delivered by panoramas of Lake Lama on the Putorana Plateu in Siberia, the basin beside the Spamberg mount in Sakhalin and the Koltsevoye Lake of Kamchatka in the Krenitsin volcano lava pit. Among our virtual tour about the beauty of water you will find the Brazilian Botafogo Bay in the Guanabara Gulf, Lake Manapouri in New Zealand and the Gulf of La Spezia in Italy.

20 Panoramas On Lakes and Bays
The 20 panoramas show: