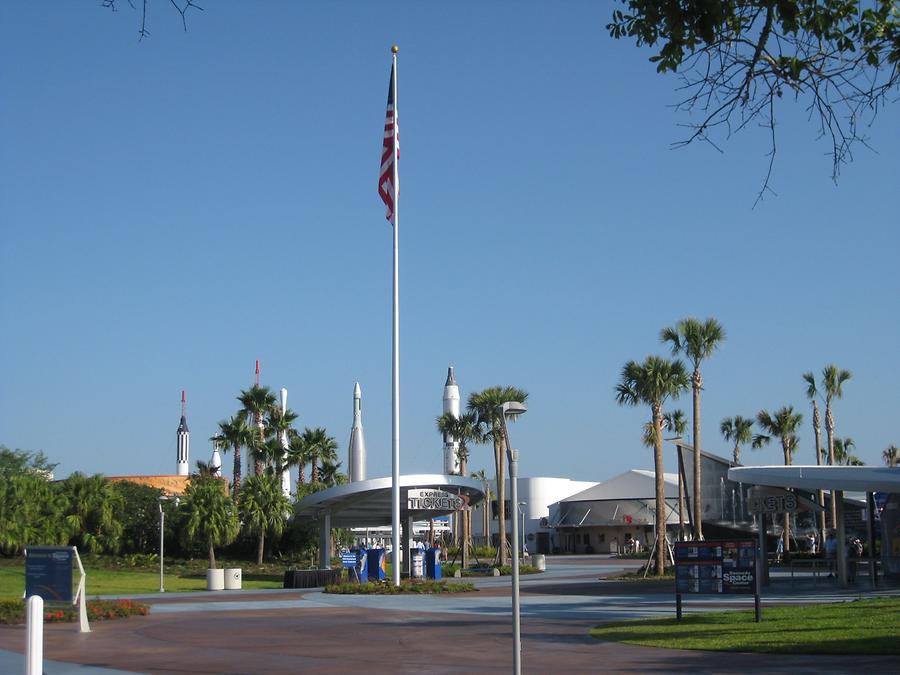 The John F. Kennedy Space Center (KSC) 28.585278,-80.650833 is one of ten National Aeronautics and Space Administration field centers and is NASA's Center of Excellence for launch and payload processing systems. It is adjacent to Cape Canaveral Air Force Station and the management of both entities work together very closely. It is 34 mi (55 km) long and roughly 6 mi (10 km) wide, covering an area of 219 sq mi (570 sq km). Kennedy Space Center has been NASA's primary launch center of human spaceflight since December 1968. There are about 700 facilities grouped across the center's 144,000 acres, including the 525 ft tall Vehicle Assembly Building for stacking NASA's largest rockets, the Operations and Checkout Building which houses the astronaut crew quarters, as well as a three mile long Shuttle Landing Facility. A Visitor Complex is open for the public on site.