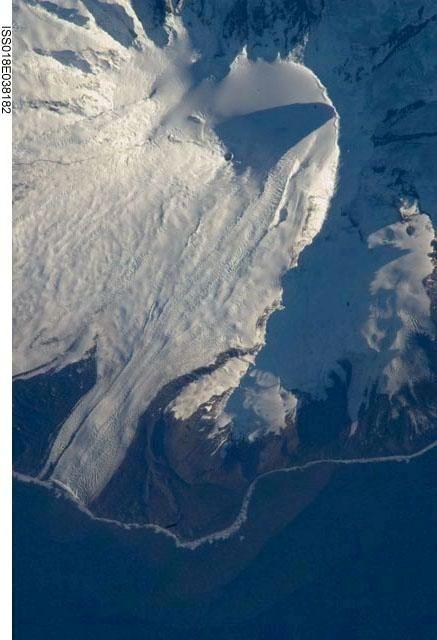 Image credit: NASA., under PD
The northeastern slopes of Big Ben volcano on Heard Island are visible in shadow at the top right of this photo.

Mawson Peak (small circle in the upper center of the image), sits within a breached caldera (collapsed and empty magma chamber beneath a volcano) on the southwestern side of the volcano - the shadow cast by Mawson Peak points directly to the crescent-shaped caldera rim.

This image, taken during the Southern Hemisphere summer, also shows the dark brown volcanic rock that forms the island. The southwest-pointing tongue of ice is Gotley Glacier.