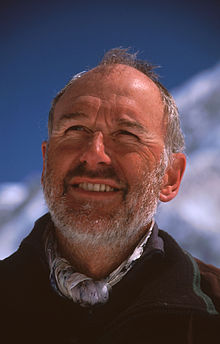 He obtained his PhD in 1977. In 1982 he went as Fulbright Scholar to the USA (Boulder/Colorado and Stanford University).

During the following years at the Intitute for Cartography of the Austrian Aademy of Sciences in Vienna he spent several months of postdoctoral research an the Finnish National Research Center/VTT in Espoo near Helsinki and at the Jet Propulsion Laborartory/JPL of NASA in Pasadena.

In 1985 he obtained the venia legendi „Dr. habil.“ for „General Geology“ and „Remote Sensing“ to teach independently at universities. The same year he became Director of the Institute of Digital Image Processing and Computer Graphics of Joanneum Research in Graz/Austria.

In 1991 he accepted the call as Full Professor to the Chair of Cartography at TU Dresden/Germany where he worked until his retirement in October 2016.

He also gave invited guest lectures at various Chinese , Japanese, Chilean and European universities and did extensive field research all over High Asia since 1975 and in the Andes since 1995.

He successfully graduated close to 50 PhD students. Buchroithner both authored and edited several books on cartographic, GIT and remote sensing and epistemological issues and has more than 650 publications, numerous maps and several educational films to his credit.

Buchroithner is Full Member of some Learned Societies and has a series of academic awards to his credit. He is married and has a daughter and a son.

The cartographic and mountain pioneer Manfred Buchroithner has contributed a number of essays and videos directly or indirectly.