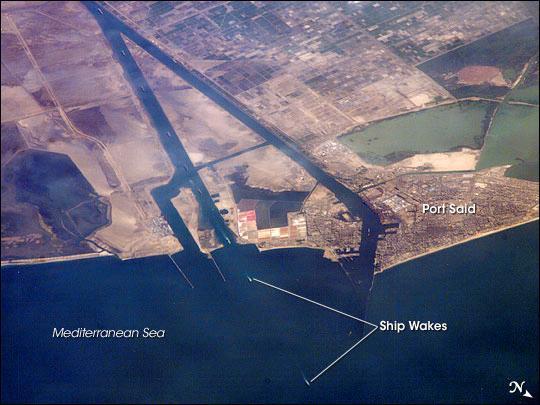 Image courtesy of NASA., under PD
This oblique image captures a northbound convoy of cargo ships entering the Mediterranean Sea from the Suez Canal (leftmost canal branch at image center).

The Canal connects Port Said on the Mediterranean Sea with the port of Suez on the Red Sea, and provides an essentially direct route for transport of goods between Europe and Asia.

The Canal is 163 km (101 mi) long and 300 m (984 ft) wide at its narrowest point - sufficiently wide for ships as large as aircraft carriers to traverse it. Transit time from end to end averages 14 hours.