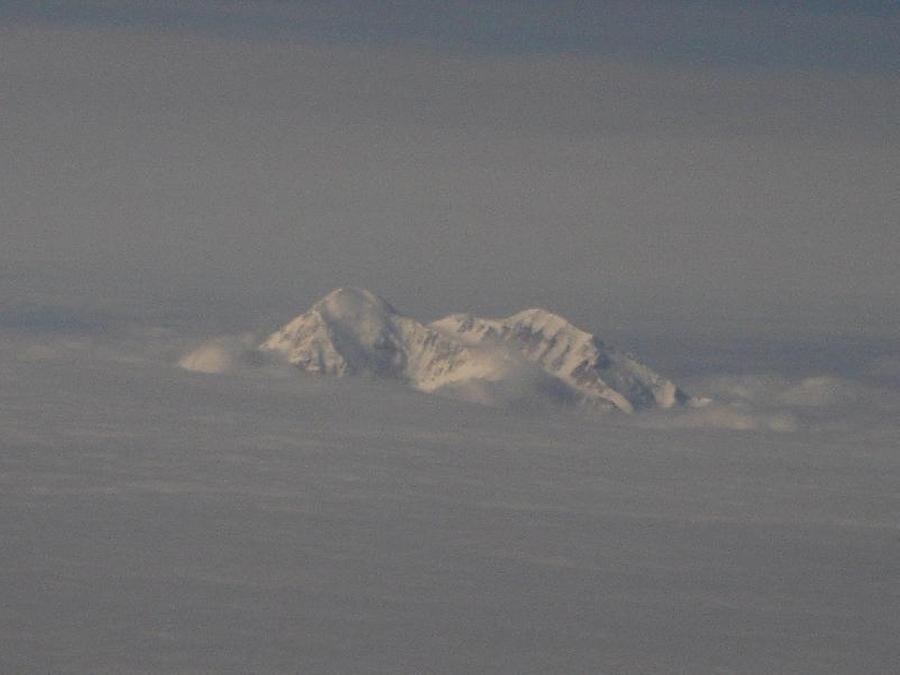 The Mountain was originally named after the 25 th president of the USA, McKinley, but the Athabaskan term Denali (meaning the "big" or "high" one) is the offical and now widely used name.

Only in Europe the old name still seems to stick. This picture was taken during a flight from Anchorage to Fairbanks.