Road to center of city# 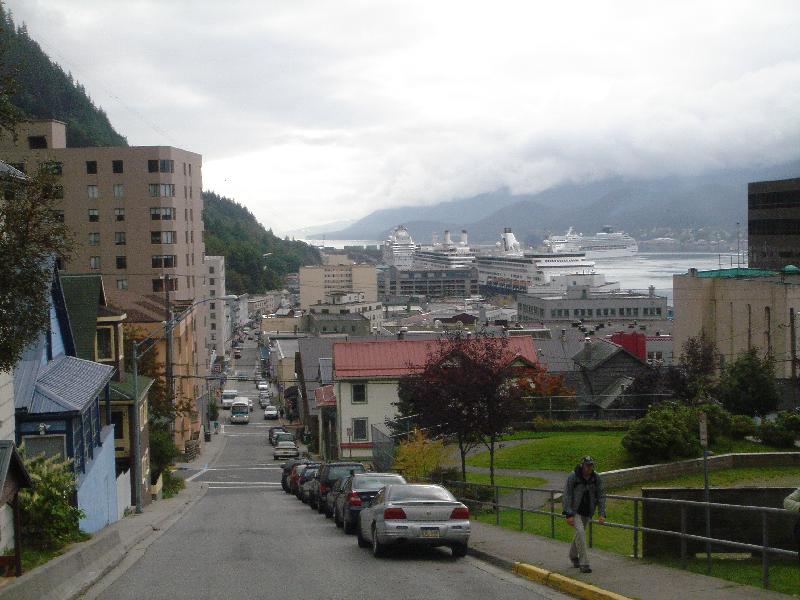 After a row of souvenir shops and drab government buildings the roads lead uphill, changes into small staircases as the mountain gets steeper, with beautiful views, gardens, houses, including a Russian Orthodox church. The congregation is in the low hundreds, mainly Tlingit Indians, a remnant of Russian times. Recently, new Russian immigrants are increasing the crowd!

The priest is a US citizen, was priest for one of the protestant churches, and converted in 1992, trying to improve his Russian ever since.

There is an excellent state museum: nicely done, it is mainly concerned with the history of Alaska: Showing how badly the local Indians were treated by the Americans after they bought Alaska for 7,2 Million US dollars (the cheque is on exhibition), reporting about the curious fact that the Japanese tried to occupy parts of Alaska in WWII, and actually held out on one of the Aleuten Islands for quite some time.

But the museum also has impressive exhibits on natural history, including the shark with a spiral like jaw that is more than unusual.