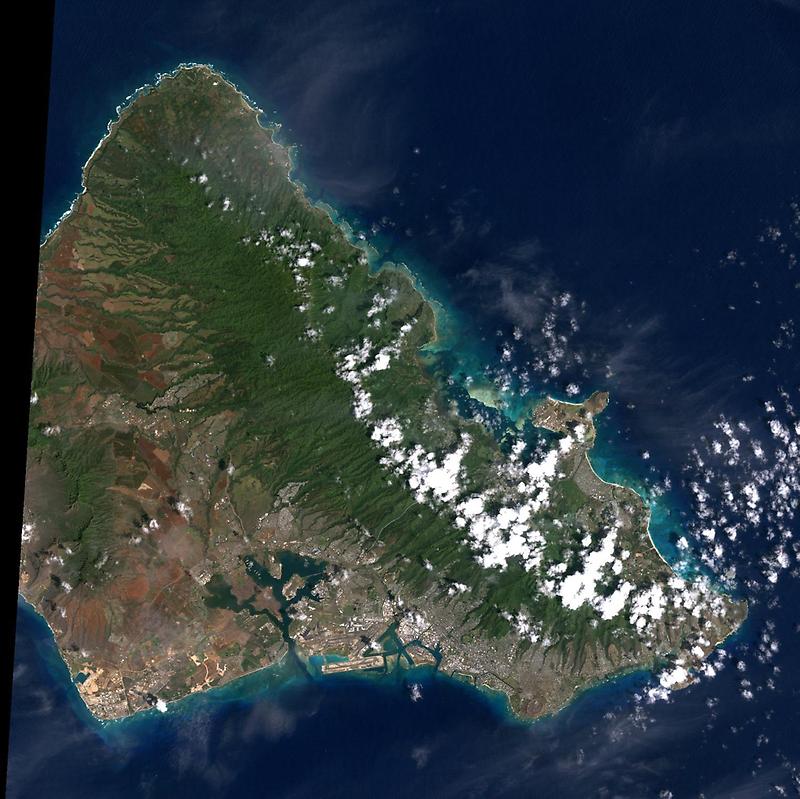 Photo courtesy of NASA., under PD
Oahu Oʻahu, Honolulu County, Hawaii, USA is the most populated of the Hawaiian Islands. Hawaiis capital of Honolulu stretches along its southern shore. Just to the east of Honolulu is Waikiki Beach, with throngs of tourists and dozens of high-rise hotels.

Overlooking Waikiki is Diamond Head, a volcanic crater formed some 200,000 years ago (extinct for about 150,000 years). The clouds in the right hand corner of this image are an almost permanent feature of Oahu. Trade winds blowing from the northeast are stopped by the 960 m (3,000 ft) high mountain range, where they rain out most of their moisture.

As a result, the windward side of Oahu is usually cloudy, and the leeward side is relatively clear and dry. The large indent in the lower left of the image is Pearl Harbor, site of the Japanese air raid which drew America into World War II. The harbor still serves as a US Navy base.