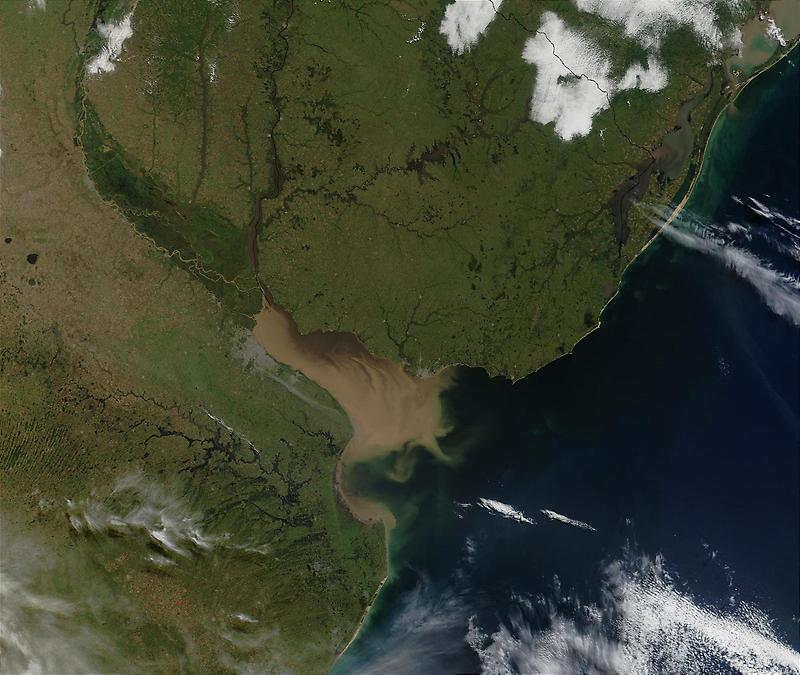 Photo: NASA., under PD
The Rio de la Plata is the brown, rather short, sediment-filled river in the center of the image. It is the widest river in the world, ranging from around 40 km (25 mi) in width near Buenos Aires, to approximately 220 km (140 mi) near its mouth. As its water mixes with clearer ocean water, it creates swirls and cloudy formations.

Visible in this image (in gray) is Buenos Aires, the capital city of Argentina, located inland near the head of the river. Montevideo, Uruguays capital, is located downstream on the opposite side of the Rio de la Plata (and also appears gray).