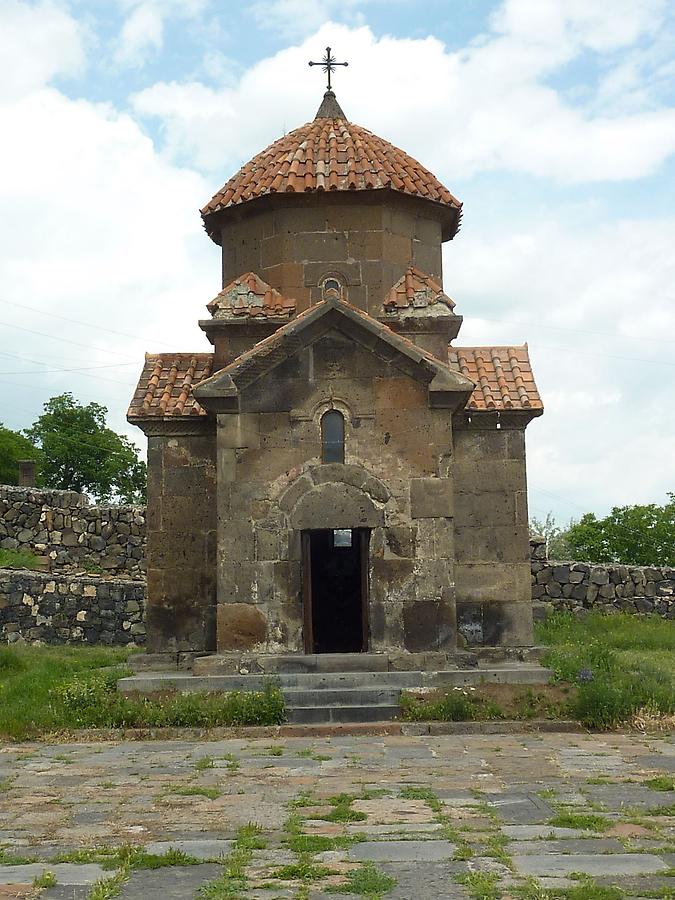 Aschtarak, Photo: Hermann Maurer, May 2013
The small 6 by 7 meters small and 1300 year old church of Aschtarak Aschtarak, Armenia is famous for the fact that the inventor of Armenian writing is buried there: the written language was introduced around 500 A.C., with then 36 characters, now 39. The mountain Ararat is spelt similar to UGURUS… well, the G is similar to the Greek “gamma”.

Quite a few Greek and other ancient documents are known today only due to the fact that they were written up in Armenian (the largest book requiring the hides of 600 calves… no paper yet!) and later translated back. This also applies to one of the earliest version of old and new testament…. after all, Christianity became state religion according to legend in 301!

However, the most impressive story around that little church is this: a local poet would sit in the yard of church when writing some of his poetry. In his will he said he wants to be buried in the yard of the church with this inscription on his tomb: “When I am tired, I am here, either above ground or under”.