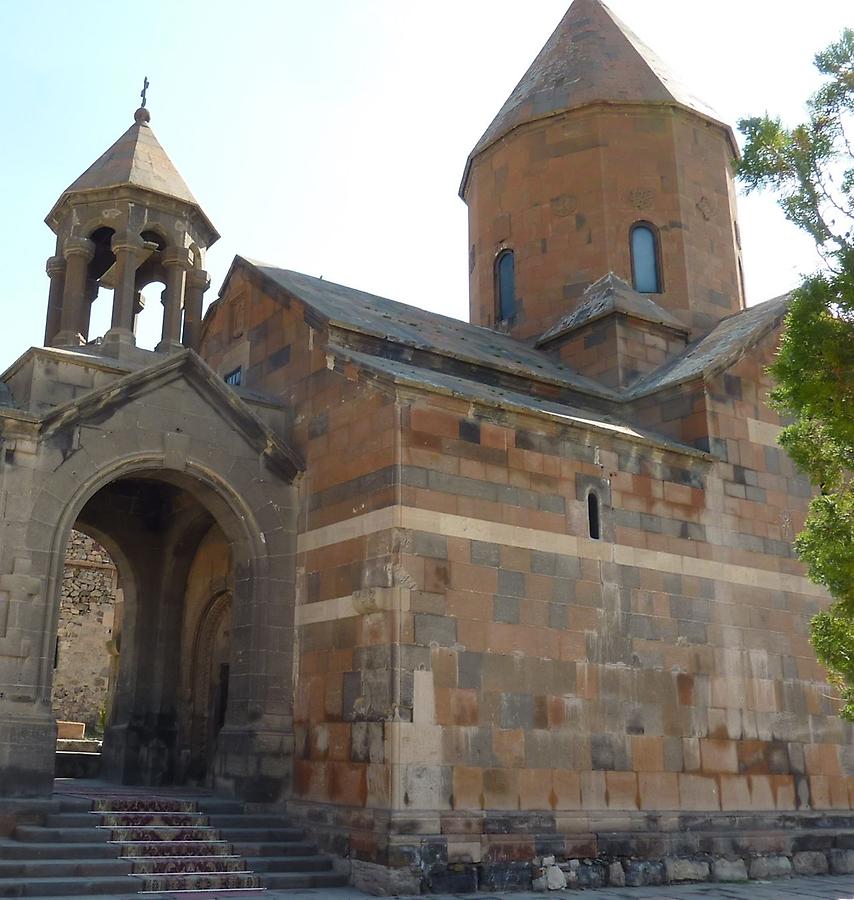 Church Chor Wirab, Photo: Hermann Maurer, May 2013
Khor Virap's notability as a monastery and pilgrimage site is attributed to the fact that Gregory the Illuminator, was initially imprisoned here for 14 years by King Tiridates III of Armenia.

Saint Gregory subsequently became the king's religious mentor. In the year 301, Armenia was the first country in the world to be declared a Christian nation based on a legend.

A chapel was initially built in 642 at the site of Kirat Virap by Nerses III the Builder as a mark of veneration to Saint Gregory. Over the centuries, it was repeatedly rebuilt. In 1662, the larger chapel known as the "St. Astvatsatsin" (Holy Mother of God) was built around the ruins of the old chapel, the monastery, the refectory and the cells of the monks. Now, regular church services are held in this church. It is one of the most visited pilgrimage sites in Armenia.

Khor Virap is located 4 kilometres from the main highway. Yerevan is 30 kilometres to the north.

Khor Virap Khor Virap, Armenia is situated about 100 metres away from the Turkish-Armenian border (sealed by barbed wire fencing) and defended by military establishments that guard the troubled border zone. %