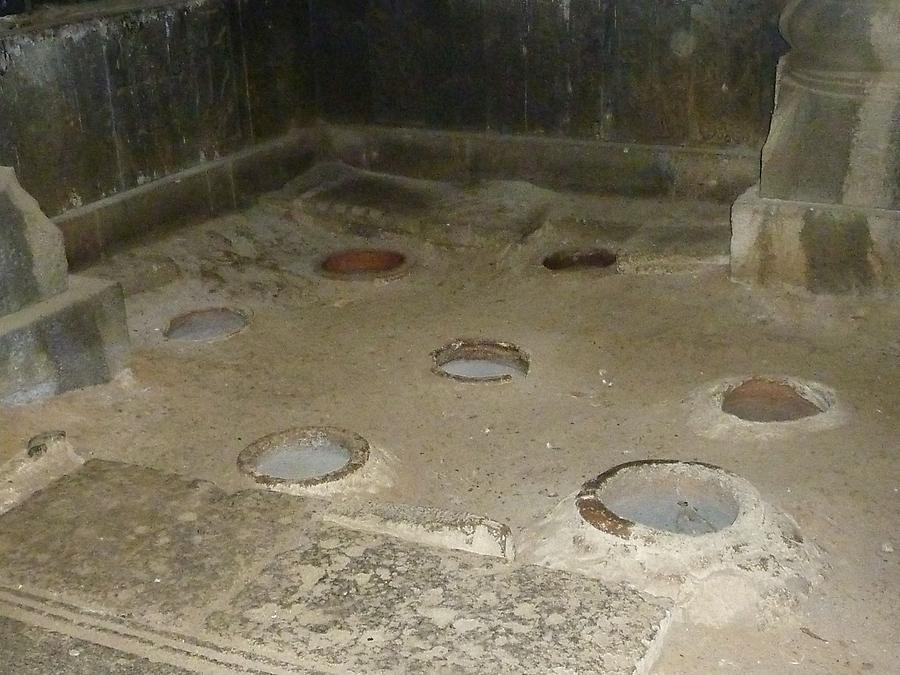 Hagbath, Photo: Hermann Maurer, May 2013
The holes in the ground were used to hide precious objects and holy manuscripts when one of the many attacks of mainly Islamic invaders happened.

It is also interesting to note why Aremian Christianity has the reputation of having some Islamic influence: To save some churches, locals carved days before being overrun by enemies Iranian or Muslim motives into the walls, thus convincing the intruders that one should not destroy the buildings! Apparently it worked a number of times, but was later misinterpreted as “Islamic influence on Armenian art”.

(If this is not 100% true it is certainly a good story, and does sound plausible!).