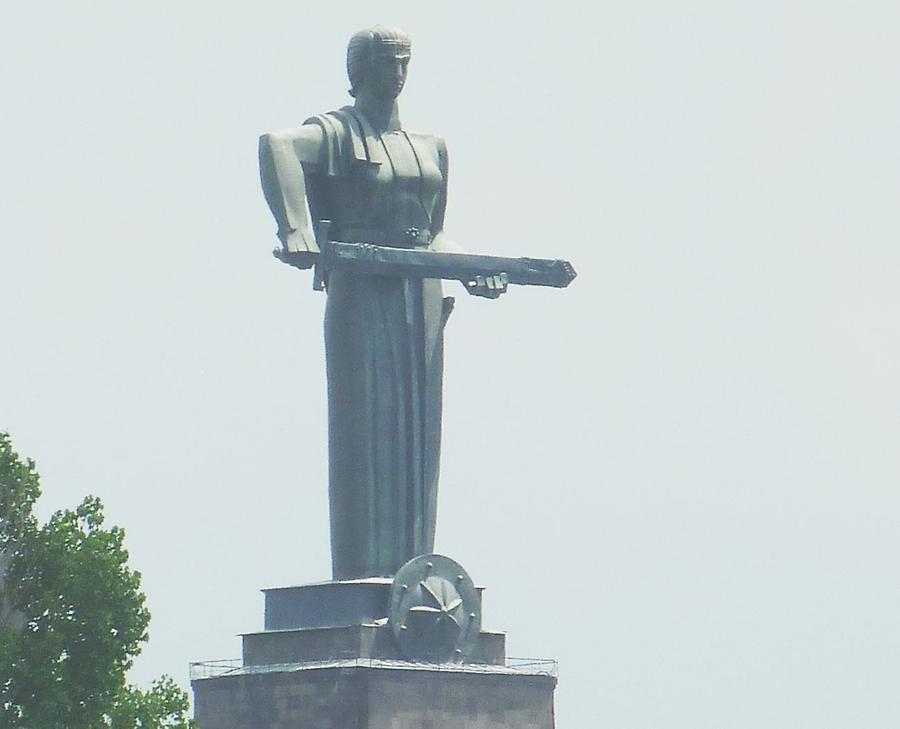 Mother of Armenia, Photo: Hermann Maurer, May 2013
Mother Armenia is a female personification of Armenia. This monumental statue in Victory Park overlooks the city of Yerevan.

The current statue replaces a monumental statue of Joseph Stalin that was created as a victory memorial for WW II.

In spring 1962, the statue of Stalin was removed, with one soldier being killed and many injured during the process, and replaced by the Mother Armenia statue. The statue was made of metal from the former statue of Stalin.

"Mother Armenia" has a height of 22 metres, thus making the overall height of the monument 51 metres, including the pedestal. The statue is built of hammered copper while the pedestal-museum is of basalt.

The statue symbolises peace through strength. It reminds viewers of women in Armenian history who took up arms to help their husbands in clashes with Turkish troops and Kurdish irregulars. It also recalls the important status and value attributed to the older female members of an Armenian family.