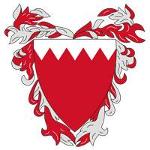 In 1783, the Sunni Al-Khalifa family took power in Bahrain. In order to secure these holdings, it entered into a series of treaties with the UK during the 19th century that made Bahrain a British protectorate. The archipelago attained its independence in 1971. Facing declining oil reserves, Bahrain has turned to petroleum processing and refining and has become an international banking center. Bahrain's small size and central location among Gulf countries require it to play a delicate balancing act in foreign affairs among its larger neighbors. The Sunni-led government has struggled to manage relations with its large Shia-majority population. In early 2011, amid Arab uprisings elsewhere in the region, the Bahraini Government confronted similar protests at home with police and military action. Continued dissatisfaction by Bahraini oppositionists with the political status quo has led to a broader dialogue between government officials, political societies, and legislators.