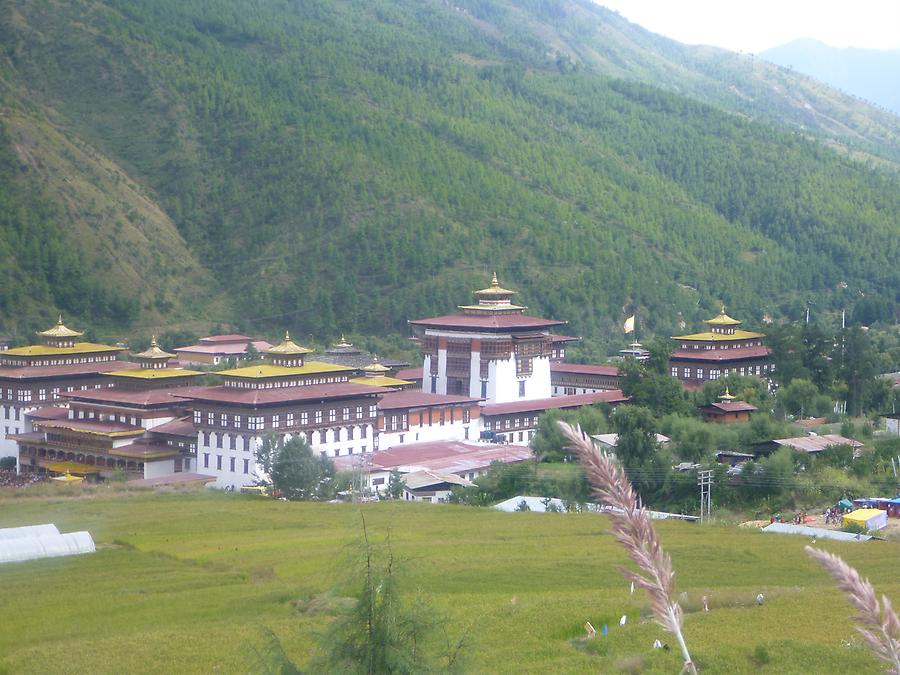 The history of Tashichoe-Dzong Tashichhodzong, Chhagchhen Lam, Thimphu, Bhutan , also called Dzong of Thimphu, goes back to the 13th century. Originally the fortress was not built at the same site as the flat terrain lacked strategic advantages. It was located on a rocky promontory in the north-east until a fire severely damaged the building in 1772. The new Dzong was built in the valley at the site of Tashicoe-Dzong. It was again destroyed by a fire in 1869 and later on in 1897 severely damaged by an earthquake. Between 1962 and 1969 Tashicoe-Dzong was enlarged after the traditional design.