Cambodia, exotic state in Southeast Asia, dates back to 612 AD. Its most famous monument is the temple complex of Angkor Wat, but it's not the only thing to see here. Among other Cambodia landmarks are unspoilt beaches, unique nature, museums, and churches.

The ancient city of Angkor used to be a capital of the ancient Khmer Empire and one of the largest cities in the world. This huge complex of buildings, covering about 600 square kilometers, was known far beyond the Khmer Empire until it was destroyed by Siamese troops in 1431. 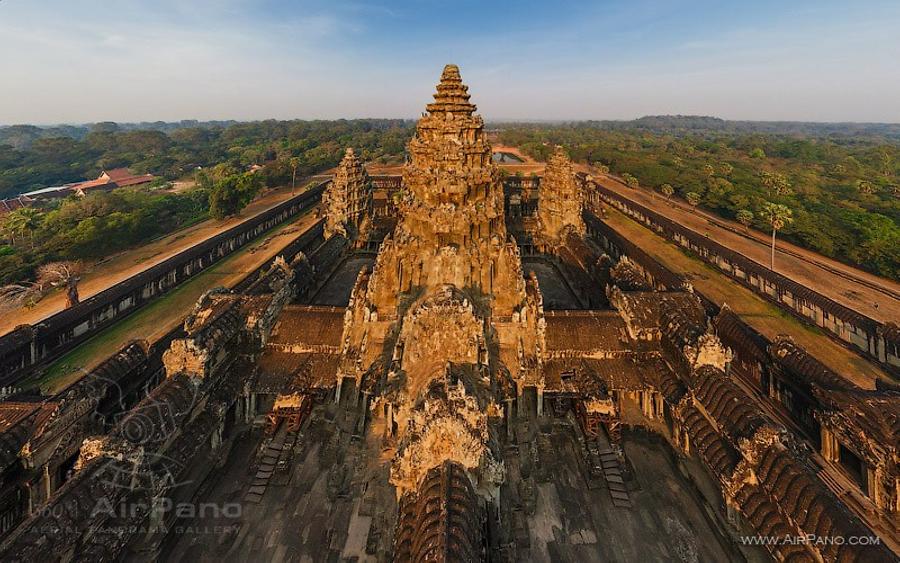 Till the end of the XIXth century, more than 100 palaces and temples were concealed under the shadow of lush tropical forest, when a French naturalist Henri Mouhot rediscovered it for humanity. In year 1992 the whole territory of Angkor was taken under the protection of UNESCO.

Angkor became more famous when the blockbuster Lara Croft: Tomb Raider were filmed there. One of the temples Ta Prohm is known even to those who have never traveled to Cambodia before: this is where the most impressive scenes were created. 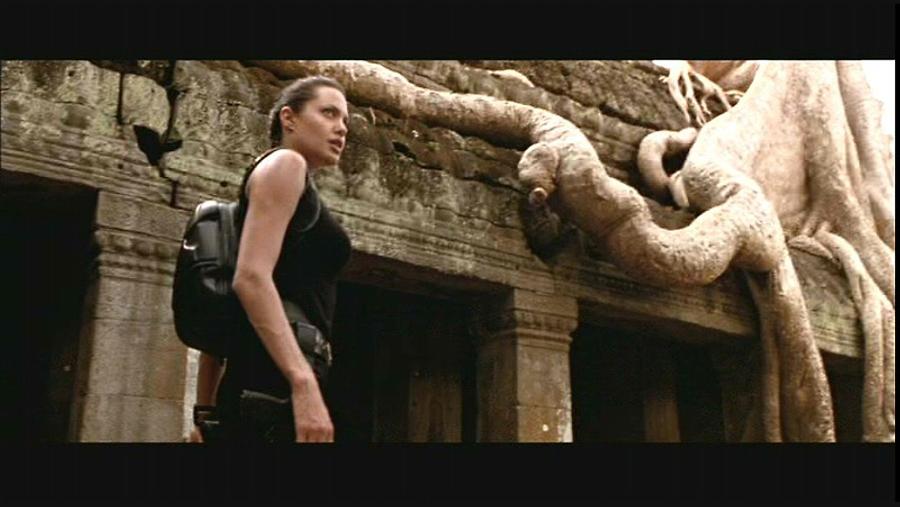 Of course, the scene where sexy heroine fights statues is no more than a fiction. On the contrary, only peace and quiet fills this place and it will be shown in our panoramas next week when the virtual tour "Ta Prohm" is released.

Angkor includes a number of majestic temples complexes, the most famous of which is the "Temple City" of Angkor Wat. It was built as a temple and mausoleum for King Suryavarman II in 1112-1152. It's considered to be one of the biggest cult buildings in the world.

Angkor Wat is also called a "funeral" temple: the reason for its construction was so that the king's ashes could be placed there. To simply it, the purpose of this complex is the same as that of pyramids of Egypt. 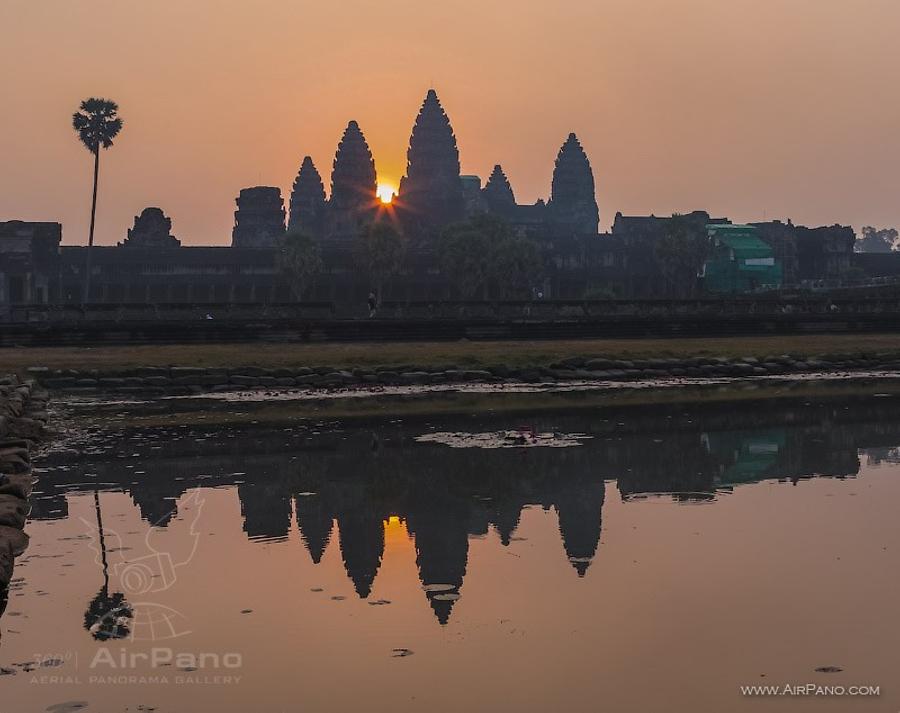 There is, however, a story about a divine origin of Angkor Wat. Legend has it that the Angkor Wat in Cambodia was built by a son of Hindu god Indra, Khmer King Preh Katomialia. One day he went to the heavenly palace of his father, where everything was perfect, including the barn. He loved the place reserved for the sacred animals so much, that he decided to make its copy on Earth. And that is how a replica of Indra's barn, Angkor Wat, came to existence.

The complex is, indeed, very majestic. The central tower (with the height of 65 meters) and four small surrounding towers represent the five peaks of the sacred Mount Meru. The giant moat around the temple (190 meters wide and over 5.5 kilometers in length) represents world oceans. A stone-paved road leads to the lavishly decorated temple with a form of a three-level pyramid.

In fact, Angkor Wat alone would be enough for Cambodia to make one of the top countries with the most famous architectural ensembles. But this monument is only a drop in the ocean! ??Angkor has dozens of other incredible places to visit. 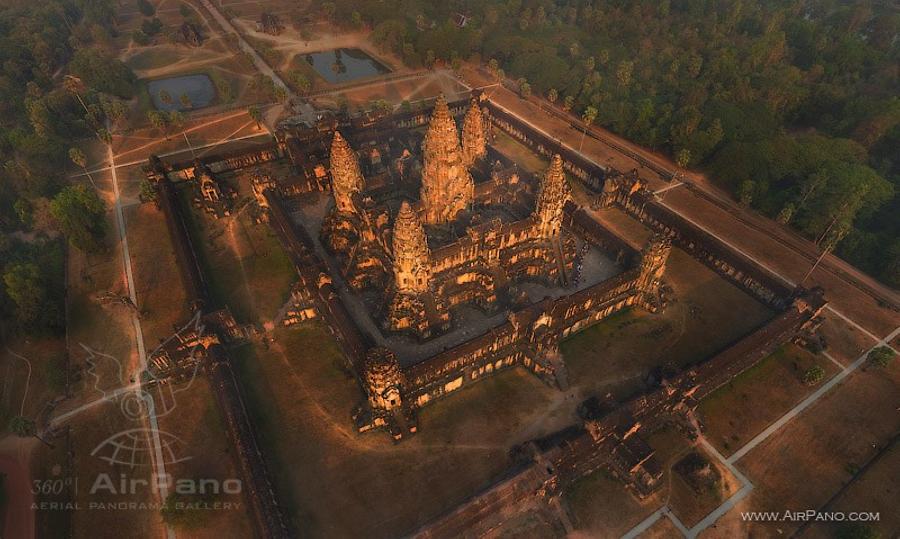 For example, Pre Rup is a huge temple mountain dedicated to Shiva. Its name is translated from Khmer language as "turn the body." At the end of the Xth century Pre Rup was a new capital of the Khmer Empire. The complex is surrounded by a moat and a fence, and the main building is located on a hill. A strange name comes from a cremation ceremony during which the body was rotated on a funeral pyre. But nowadays, having lost its dark atmosphere, it's considered to be the best place in Cambodia to enjoy the sunset. 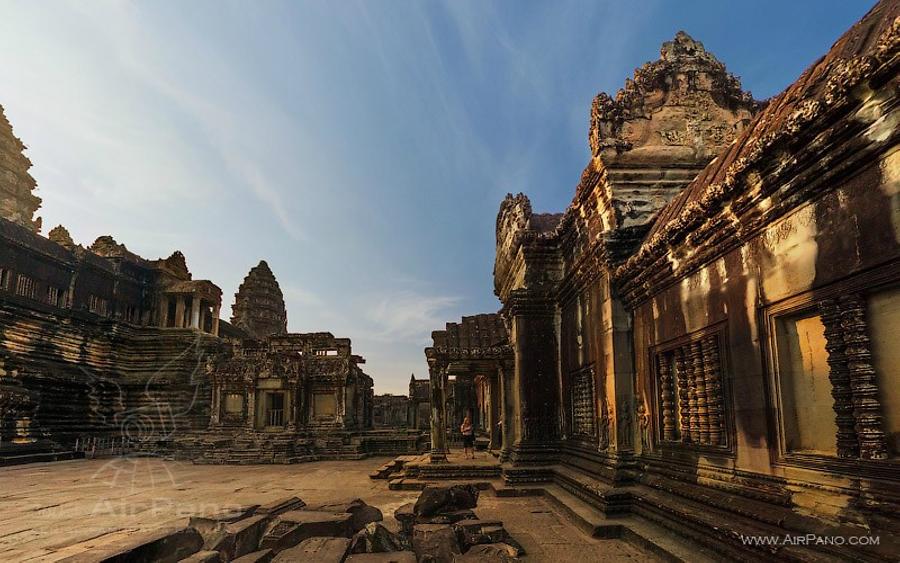 Among other grand monuments are Angkor Thom ("Great City") and a three-level pyramid of Bayon. From a distance it looks like a bizarre pile of huge stones, but from a closer look you can see amazing bas-reliefs depicting various scenes from the everyday life of the ancient Khmers, and the famous faces of Avalokitesvara, which are executed with such skill that, depending on time of the day and the angle of the sun, they seem to change their expression.

There is also a unique Terrace of the Elephants which was used by Khmer kings as 350 meter high platform to watch ceremonies in the main square of Angkor Thom. In the southern part of Angkor lies West Baray, a giant artificial lake measuring 7 X 1.8 kilometers.

One kilometer east of Angkor Thom is previously mentioned Ta Prohm: a beautiful temple, bound by massive roots of huge trees. Back in the days it was very different: one could see walls decorated by precious stones, hear beautiful music, and dancing in the halls. When in late nineteenth century Ta Prohm was discovered by French, they decided not to conduct a full-scale restoration of the temple. The decision was made due to the fact that giant trees, such as ficus and silk tree, were so merged with ancient walls that eventually they became whole. So now we can see this unique Cambodia monument in the state it was discovered by the researchers. 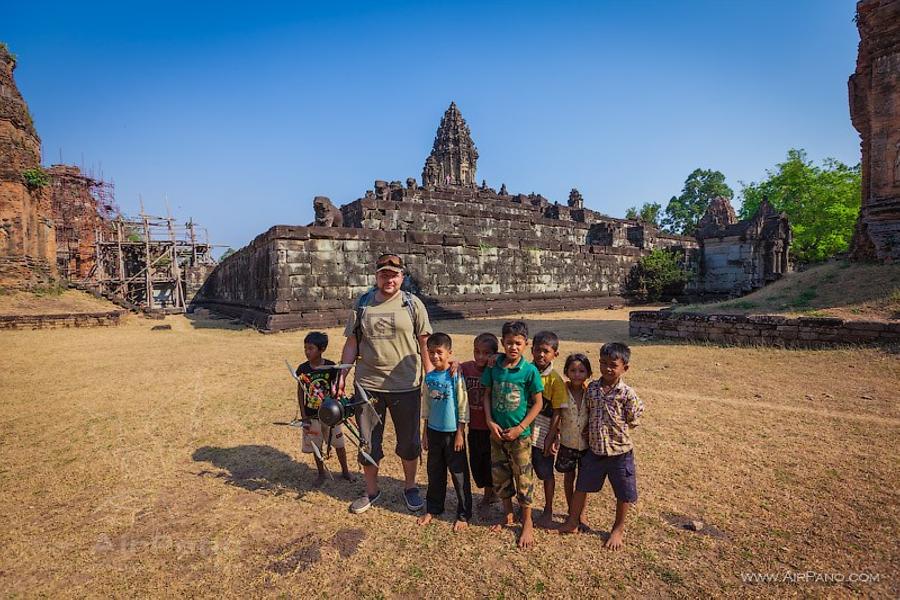 There is another Khmer capital in Angkor vicinity: Hariharalaya built by Jayavarman II. There are numerous interesting monuments on its territory, including the five-level Bakong temple. Here you can also find Phnom Kulen mountain and Kbal Spean river ("Valley of a thousand lingas") with stone phallic symbols and statues of Gods at its bed.

But it's pointless to give you all these brief descriptions of Cambodia monuments: each one of them deserves its own article. And they say a picture is worth a thousand words: it's time to see our panorama.

Our tour today is about Angkor Wat temple complex. Other temple tours are to be released in the near future.