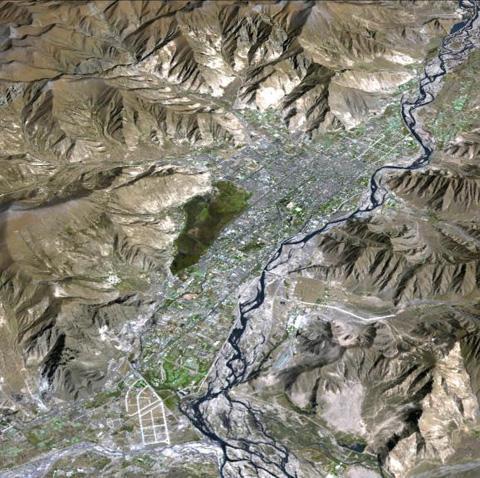 Image courtesy of NASA., under PD
Lhasa Lhasa, Tibet, China is the traditional seat of the Dalai Lama and the capital of the Tibet Autonomous Region in the Peoples Republic of China.

It is the location of the Potala Palace, seen in the image center. Lhasa is one of the highest capitals in the world, with an altitude of 3,490 m (11,450 ft). Lhasa literally means "place of the gods," though until the 7th century it was known by its ancient Tibetan name, Rasa, meaning "goats place."

The Kyi River, a tributary of the Yarlung Zangbo River, runs through the city.