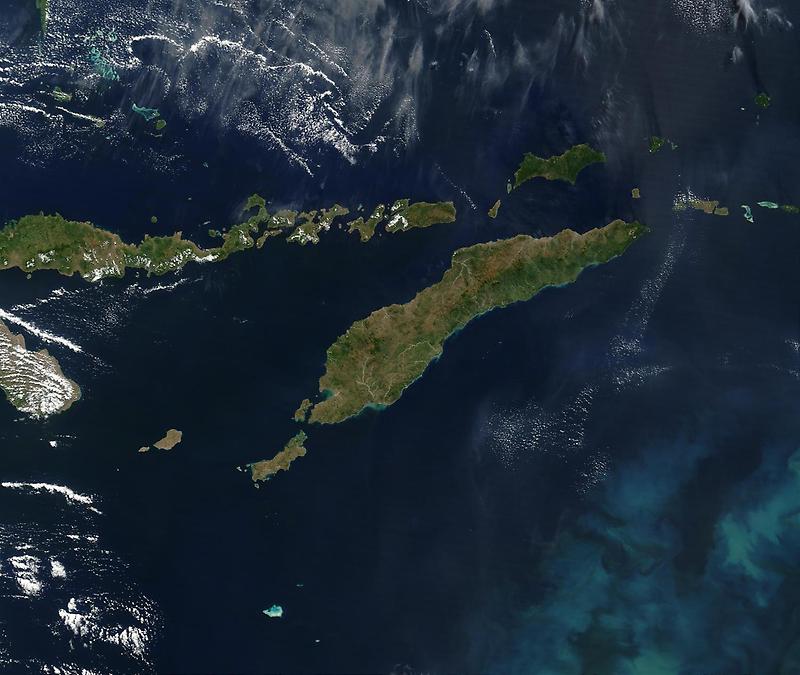 Image courtesy of NASA., under PD
Southeast of the island of Timor (center), a phytoplankton bloom is coloring the waters of the Timor Sea, which separates Timor from northwestern Australia.

To the north of Timor is Flores, which is home to numerous active volcanoes. (The red dots are due to fire, not volcanic activity.) The eastern half of Timor, as well as an exclave to the west and a few offshore islands, constitute the country of Timor-Leste.

The western portion of Timor and the remaining islands (including Flores) belong to Indonesia.