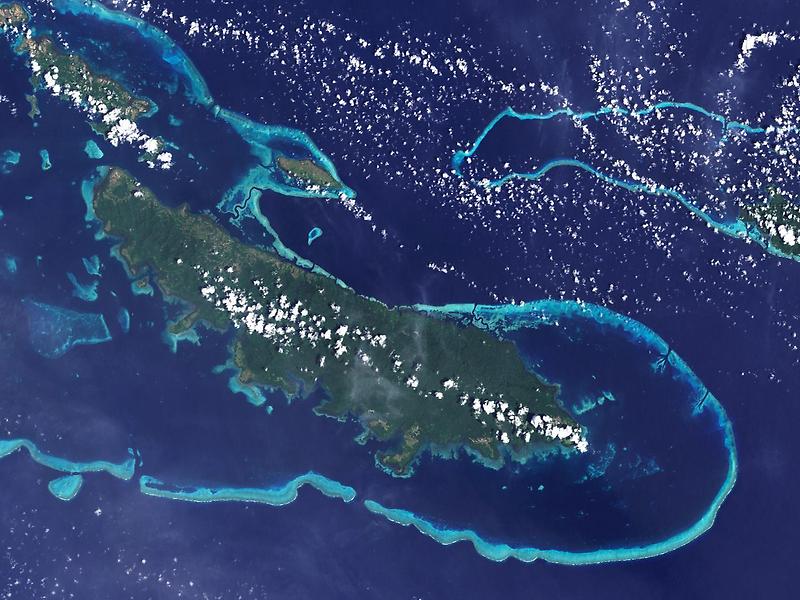 Photo courtesy of NASA., under PD
Scattered like turquoise and emeralds across the dark blue waters of the Coral and Solomon Seas, the coral reefs and forested islands of the Louisiade Archipelago stretch southeastward from the tip of Papua New Guinea for over 350 km (215 mi).

Shown in the center of this satellite image is Tagula, the largest island in the archipelago. Most of the island is densely covered in lowland rainforest, but clearing for agricultural land is widespread around the perimeter, especially in the northwest. The shallow waters covering an extensive network of reefs are electric blue.