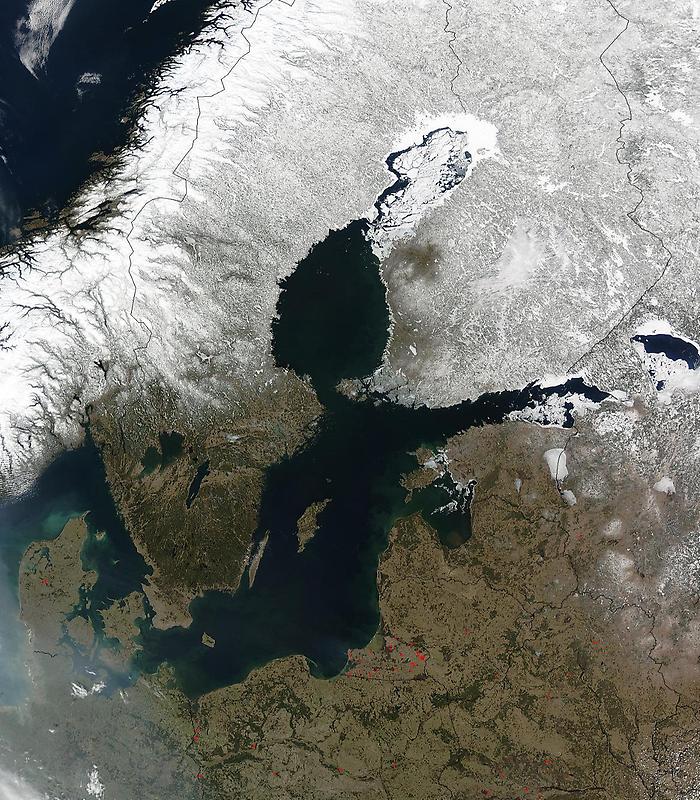 Photo courtesy of NASA., under PD
Red dots mark the locations of fires burning in countries south and east of the Baltic Sea in this early April image. The scattered fires were probably set to clear land for agricultural purposes. The Scandinavian countries, Norway and Sweden, and Finland to the north of the Sea, are still blanketed in snow.

From the left, the countries lining the Baltic on the south are Denmark, Germany, Poland, Russia (Kaliningrad), Lithuania, Latvia, Estonia, and Russia. Belarus forms the lower right corner of the image.