Photo by Sergey Semenov and Stas Sedov, members of the AirPano Team that is a member of the global-geography Consortium.

Unlike southern and central Russia, in the past, there were not many cities in the northern part of the country. For a long time Kargopol was the only town in existence along the Onega River and all the way up to the White Sea.

The dense woods and inaccessible marshlands that covered most of the territory made the rivers the best way for transportation. Despite the rapids, the full-flowing Onega River was one of those highways. Wagons loaded with ocean fish, salt, and fur went from the north to central Russia by water during the summer and on ice during the winter. Thus, it is hard to overestimate the importance of Kargopol as an administrative, business, and cultural center. Accordingly, arts and crafts have developed in this area. In the 17th century, there were many stone churches in the city, while the remaining structures were simply constructed of wood. Among them is the Cathedral of the Nativity of Christ; built in 1552 — 1562; it was one of the largest churches in the northern territories at that time. Starting at the end of the 17th century and proceeding through the beginning of the 18th century, Kargopol gradually lost its status as the large center. Instead, it was given to the city of Arkhangelsk, the only Russian seaport of the time. The "last straw" was the railroad that was built in detour from Moscow to Arkhangelsk, away from Kargopol, which caused the main shipping lines to go by rail instead of the Onega River. The city remained the center of the county and then the center of the district, but it never regained its former glory. 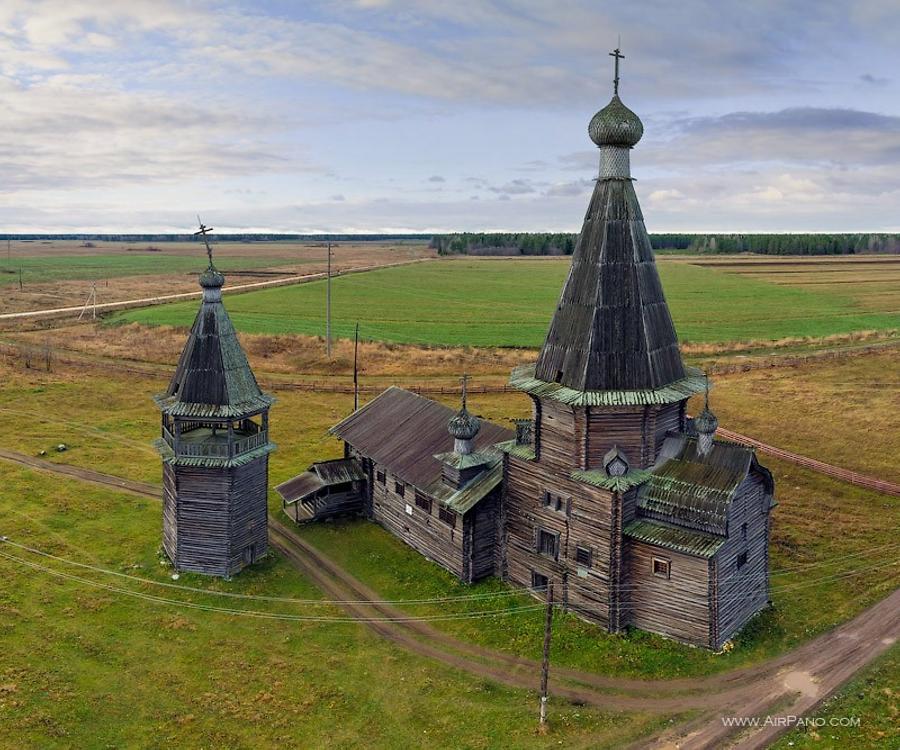 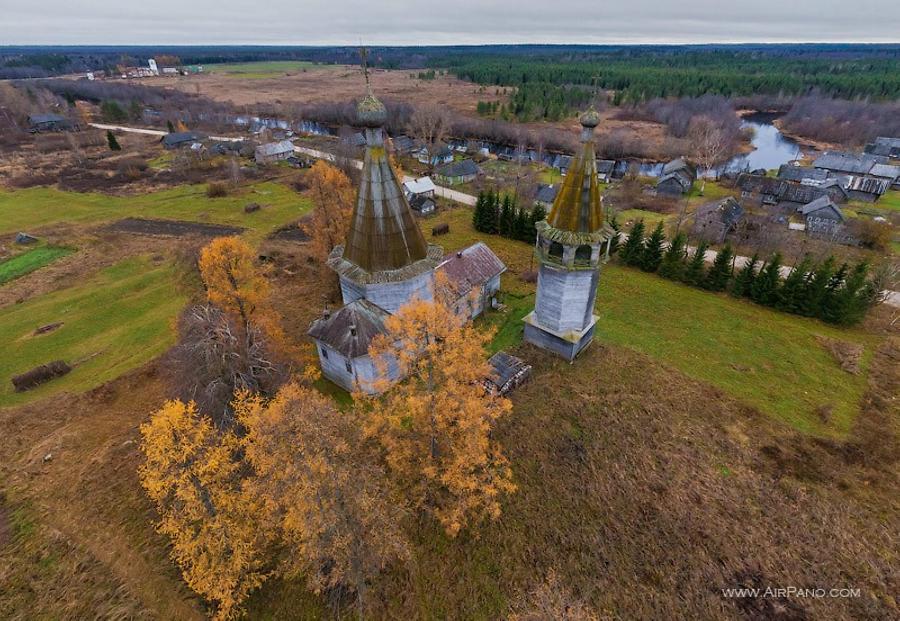 Church of the Epiphany

The traditional culture of the Kargopolsky District has its roots in unique social, economic, and climate conditions. It was surprisingly well-preserved until recently: the main principles of agriculture, traditional rites and rituals, and unique domestic customs capture the attention of modern researchers.

The Kargopol region prospered during the 15th — 18th centuries: it was known as a large cultural and economic center due to the active fur, fish, lumber, and salt trade (traders from Kargopol had the privilege of duty-free business). The Kargopol region also was known for its utilization of the Onega River as a connecting line between Kargopol and the northern coastal territories. In 1588 the Ambassador to the Queen of England even included Kargopol in the list of the most important Russian cities, alongside Moscow. 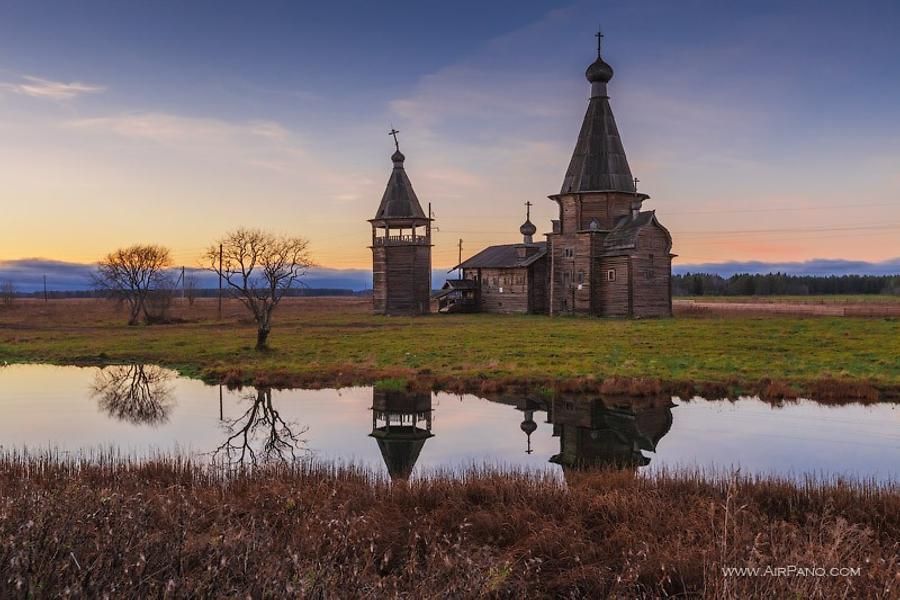 The gradual economic decline of Kargopol is associated with the shallowing of the Onega River, as well as the devastating fire of 1765 (the city was practically destroyed by the fire, and its restoration was possible only with the help of the Empress of Russia, who donated a significant amount of money for this purpose). The railroad built in the 19th century branched 80 kilometers away from Kargopol, leaving the city forsaken and making it a "bear's corner.

The entire history of the region is, one way or another, reflected in the collection in the Kargopol Museum, which showcases the local customs and traditions as well as the evidence of its former glory and prosperity (garments and vestments adorned with embroidery and pearls, hand-written books, and engravings and prints). In addition, there are a number of unique examples of Russian traditional wooden and stone architecture of the 17th — 19th centuries preserved in the Kargopolsky District: cathedrals and churches, tent-roofed wooden temples and chapels, many of which are now considered the museum's assets.