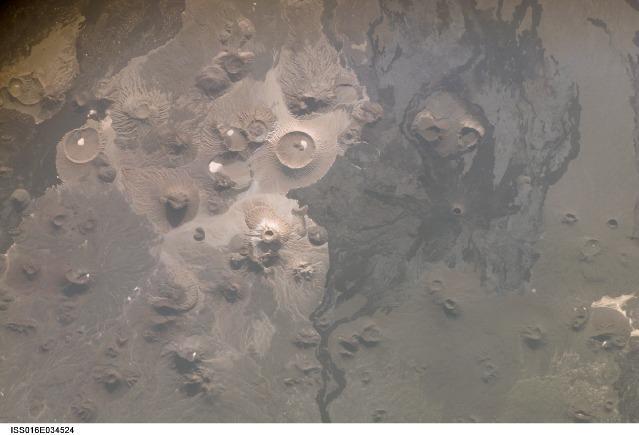 Image courtesy of NASA., under PD
This is not a moonscape. The western half of the Arabian peninsula contains not only large expanses of sand and gravel, but extensive lava fields known as haraat (harrat for a named field).