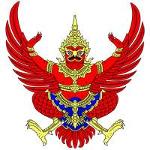 A unified Thai kingdom was established in the mid-14th century. Known as Siam until 1939, Thailand is the only Southeast Asian country never to have been taken over by a European power. A bloodless revolution in 1932 led to a constitutional monarchy. In alliance with Japan during World War II, Thailand became a US treaty ally in 1954 after sending troops to Korea and later fighting alongside the United States in Vietnam. Thailand since 2005 has experienced several rounds of political turmoil including a military coup in 2006 that ousted then Prime Minister THAKSIN Chinnawat, followed by large-scale street protests by competing political factions in 2008, 2009, and 2010. Demonstrations in 2010 culminated with clashes between security forces and pro-THAKSIN protesters, elements of which were armed, and resulted in at least 92 deaths and an estimated $1.5 billion in arson-related property losses. THAKSIN's youngest sister, YINGLAK Chinnawat, in 2011 led the Puea Thai Party to an electoral win and assumed control of the government. YINGLAK's leadership was almost immediately challenged by historic flooding in late 2011 that had large swathes of the country underwater and threatened to inundate Bangkok itself. Throughout 2012 the Puea Thai-led government struggled with the opposition Democrat Party to fulfill some of its main election promises, including constitutional reform and political reconciliation. Since January 2004, thousands have been killed and wounded in violence associated with the ethno-nationalist insurgency in Thailand's southern Malay-Muslim majority provinces.