Persian Gulf and Gulf of Oman # 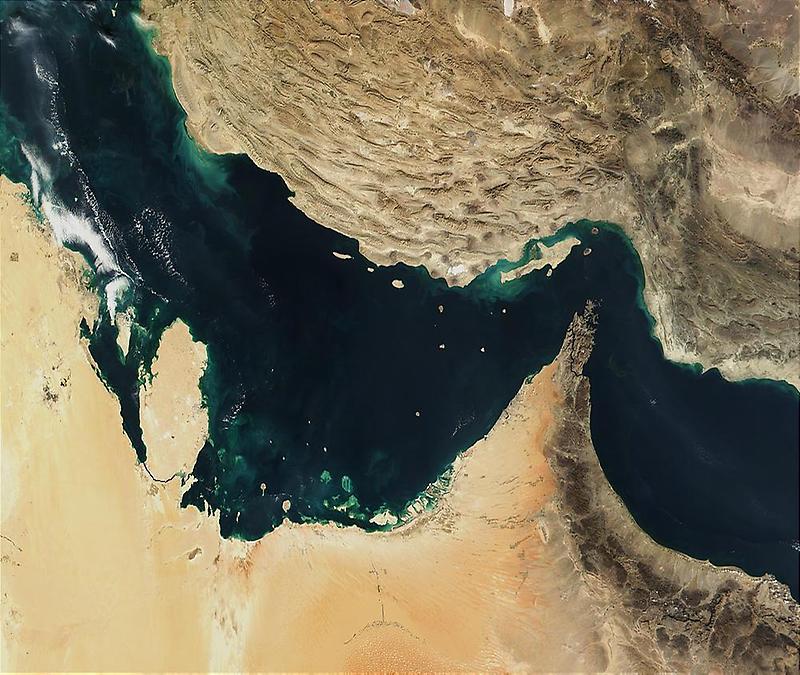 Photo courtesy of NASA., under PD
The Persian Gulf (left) and the Gulf of Oman (right) were once the site of a rift, an area where two plates of the earths crust pulled apart from each other. The Indian Ocean filled in the widening gap between the two plates.

Over time, the process reversed, and about 20 million years ago, the gulfs began to close up. The ongoing collision of the two continental plates resulted in Irans mountainous terrain (top) and its periodic earthquakes. Several Gulf States are visible across the eastern Arabian Peninsula that makes up the lower part of the image.

In addition to Saudi Arabia across the bottom, the islands of Bahrain in the left center lie next to the prominent peninsula that makes up Qatar. Further to the right are various offshore islands of the United Arab Emirates; most of the darker area to the right makes up Oman.