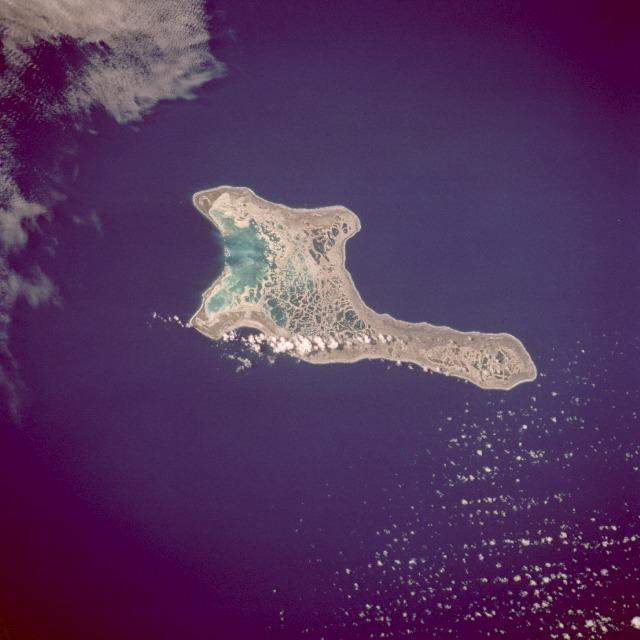 Image courtesy of NASA., under PD
Kiritimati Island (formerly Christmas Island) Kiritimati Island , the largest atoll in the Pacific Ocean, is the centerpiece of this low-oblique, northeast-looking photo. The atoll covers 606 sq km (234 sq mi), of which 243 sq km (94 sq mi) are land.

The island was discovered by Captain James Cook in 1777. The majority of the islands inhabitants work on coconut plantations and in copra production. The islands major airbase is on the northeast side of the island.

Nuclear tests were conducted on Kiritimati Island by the British in 1957 and 1958 and by the United States in 1962.