The kingdom of Denmark# 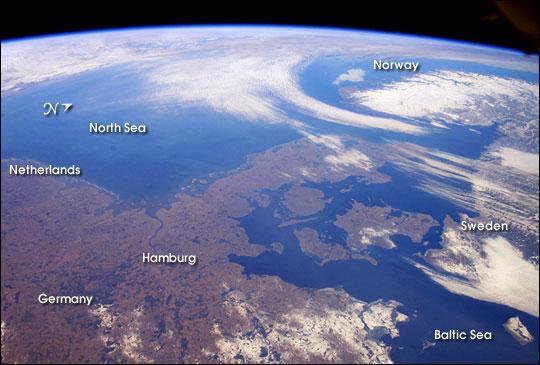 Image courtesy of NASA., under PD

The Kingdom of Denmark consists of the Jutland Peninsula and roughly 500 islands. It is also a part of the generally fertile and mostly agricultural region known as the North European Plain.

This entire region is generally flat to slightly rolling and is overlain with glacial deposits. This photo, taken from the International Space Station in late winter, shows little snow except for northeastern Germany, Sweden, and the rugged mountains of Norway.