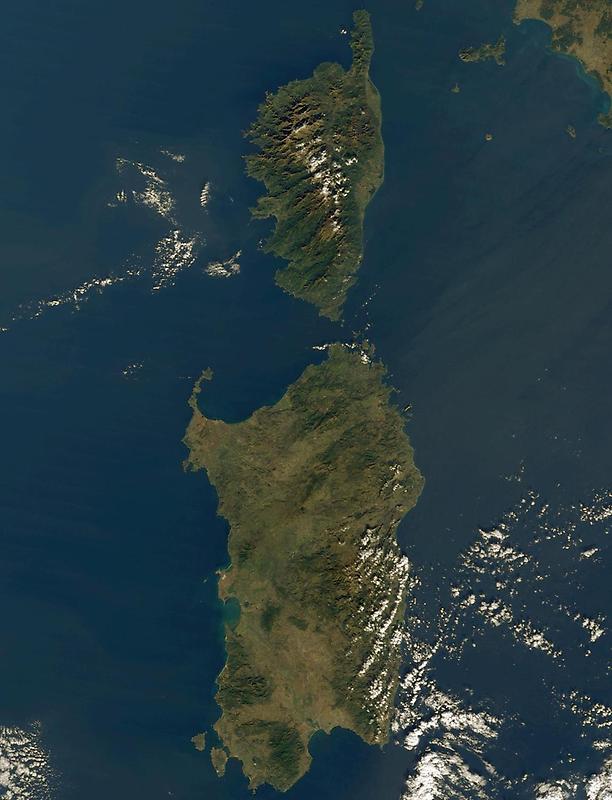 Photo courtesy of NASA., under PD
Rich in antiquities and picturesque landscapes, the island provinces of Corsica, France, (top) and Sardinia, Italy, (bottom) have captured the imaginations of historians and poets alike for centuries. Corsica, crowned with snow-capped mountains, jeweled with shimmering lakes, and cloaked in misty emerald forests, is situated in the Mediterranean Sea southeast of mainland France.

The island has almost 1,700 hills and mountains, and is carved by an extensive network of rivers. Across the Strait of Bonifacio to the south is Sardinia, the Mediterraneans second largest island. Stretching across the central, eastern part of Sardinia is the rugged terrain of Gennargentu - mountainous, thickly vegetated, and mostly uninhabited. The port city of Cagliari sits on the large bay on Sardinias southern coast.