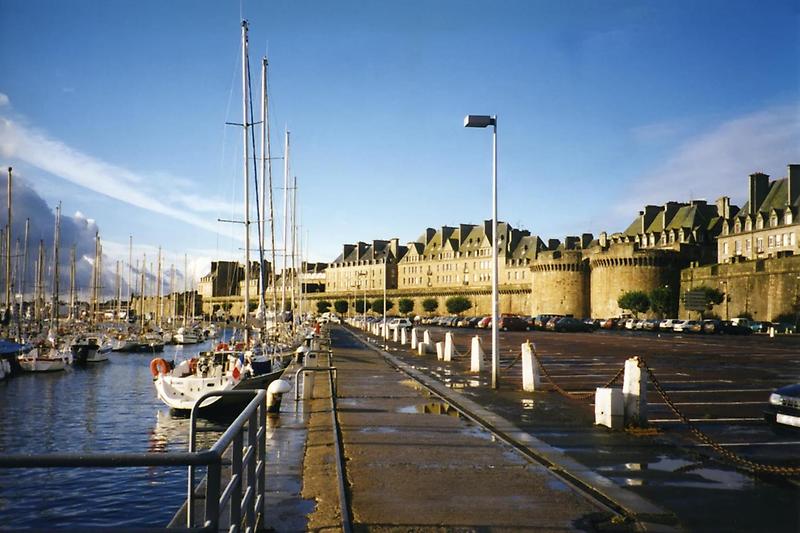 Licensed under PD
View of the marina outside the walled city of Saint-Malo Saint-Malo, Frankreich in Brittany. The city began as a 6th century monastic settlement. Over time its citizens developed a reputation for asserting their autonomy.

From 1490-93, Saint-Malo declared itself an independent republic. During the 16th-18th centuries, it was famous as the home of the corsairs (French privateers). Jacques Cartier, the French explorer, called Saint-Malo home.

The first colonists of the Falkland Islands came from Saint-Malo.