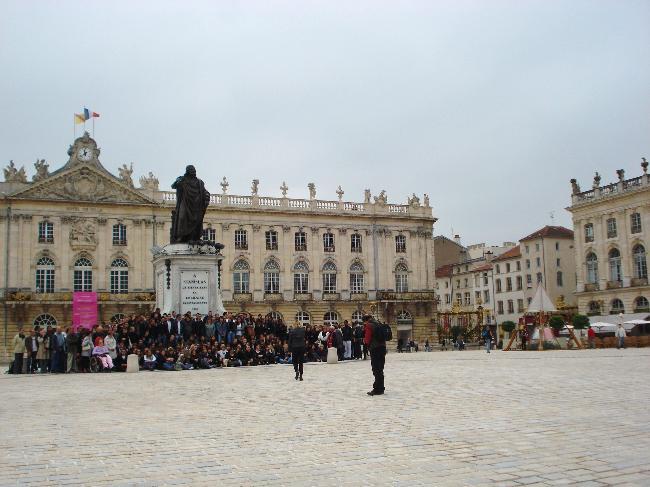 Licensed under PD
Place Stanislas (Stanislas Square) in the center of Nancy, formerly the capital of the Duchy of Lorraine, now the capital of Meurthe-et-Moselle. The square, constructed between 1751 and 1755, was the brainchild of Stanislas Leszczynski, Duke of Lorraine and former King of the Polish-Lithuanian Commonwealth.

Nancy became a French province on the death of Stanislas in 1766. In 2005, the heads of three countries - Germany, Poland, and France - met here to inaugurate the renovated Place Stanislas. A statue of Stanislas Leszczynski stands in front of the Town Hall.