One might ask, "What else is there to say?" There is hardly a person in the world that doesn't know or haven't heard of the famous Paris landmark.

Well, we are going to tell you what you might already know anyway. In 1889 French Government organized The Grand World Fair to commemorate the hundredth anniversary of the French Revolution (1789). As you know, first impression counts, so the organizers had to put their best foot forward — they decided to build something interesting and worthy of the event.

They had only five years to finish the project: from blue prints to a finished tower. So it's only fair that French were not able build something as colossal as the Pyramid of Cheops in Egypt, which took twenty years of construction.

Open competition for the project received 107 proposals (with a lot of unusual ideas, such as a giant guillotine, for example). The choice was made in favor of the design presented by an engineer Gustave Eiffel and his associates.

The construction took two years, two months, and five days; it mobilized 300 workers. They were able to meet a short construction deadline thanks to the high quality drawings with exact dimensions of more than 18,000 metal parts, made of 2.5 million rivets. None of the beams weighed more than 3 tons, which made it easy to lift metal parts up to certain spots. 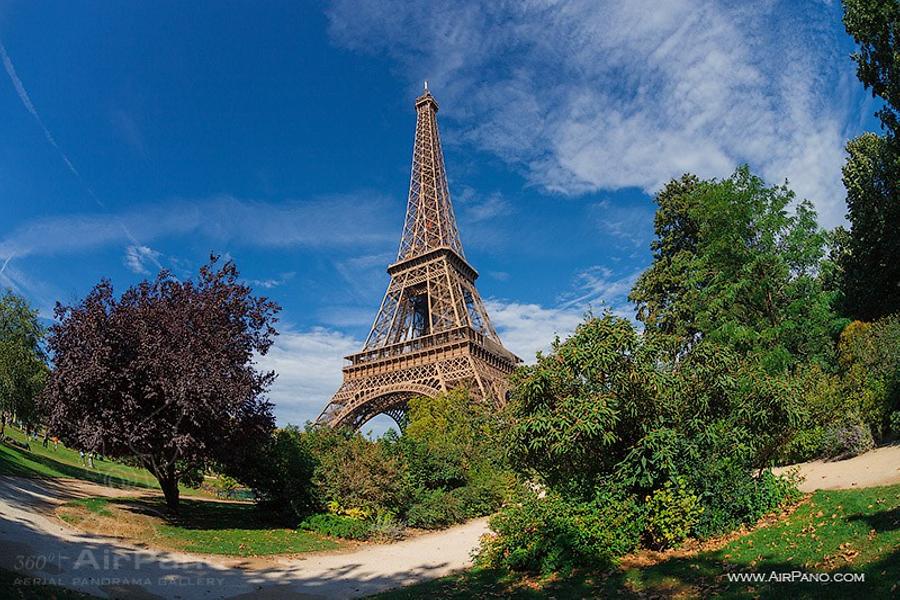 Eiffel's genius left nothing to a chance: from proximity to the River Seine (which required the use of bridge-building technology) to a weather influence. As a result, the huge tower is not affected by wind. The strongest wind in recent history of Paris (180 km / h) shifted the top of the tower only by 12 centimeters. The sun does more damage to the "Iron Lady", because the sun-facing side expands in the heat. However, it's within the normal range: only 18 centimeters, which in terms of the entire structure is rather insignificant.

Today, the Eiffel Tower in Paris is a 300 meters tall (324 meters with antennas) structure weighing approximately 10,100 tons. It has been the highest building in the world for over 40 years — almost 2 times higher than the tallest buildings of it's time: the Pyramid of Cheops in Egypt (146.6 meters), Cologne Cathedral (156 meters), and Ulm Cathedral (161 meters) in Germany. It was until 1930 when the Chrysler Building, one of New York sights, surpassed the Paris landmark.

The Eiffel Tower is so unique that even its color, resembling the natural shade of bronze, is officially patented as "brown-Eiffel." And it's so famous that its small replicas can be found in Las Vegas (USA), Guangzhou and Shenzhen (China), Slobozia (Romania), Copenhagen (Denmark), Varna (Bulgaria), Aktau (Kazackstan) and other cities. Nowadays it belongs to people (not just people of France, but of entire world), and its images and representations are in public domain (which means that current owner of the Eiffel Tower, the city of Paris, doesn't receive profit from sales of millions of postcards, T-shirts, and other souvenirs). However, a special light show on the tower is copyrighted, and so commercial use of "Iron Lady" images is allowed only with the written permission of its service company, SETE. 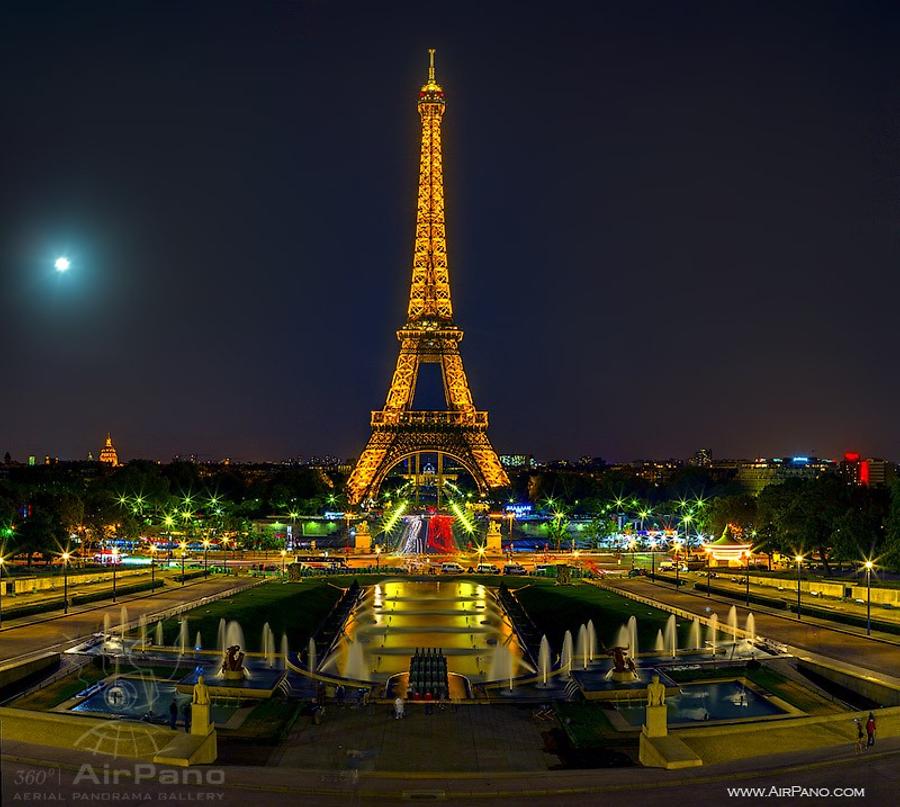 The Eiffel Tower in Paris is the most famous monument of the city, of the country, and, perhaps, of entire world. However, big fame has played a cruel joke on the tower: according to surveys, tourists consider it the most disappointing tourist attraction in the world.

Why? Because its image is so widely distributed that seeing it with one's own eyes doesn't make an impression anymore. Not to mention that to get to the top, one would have to stand in a long queue and then squeeze through a dense crowd of tourists taking panoramic photos of Paris. 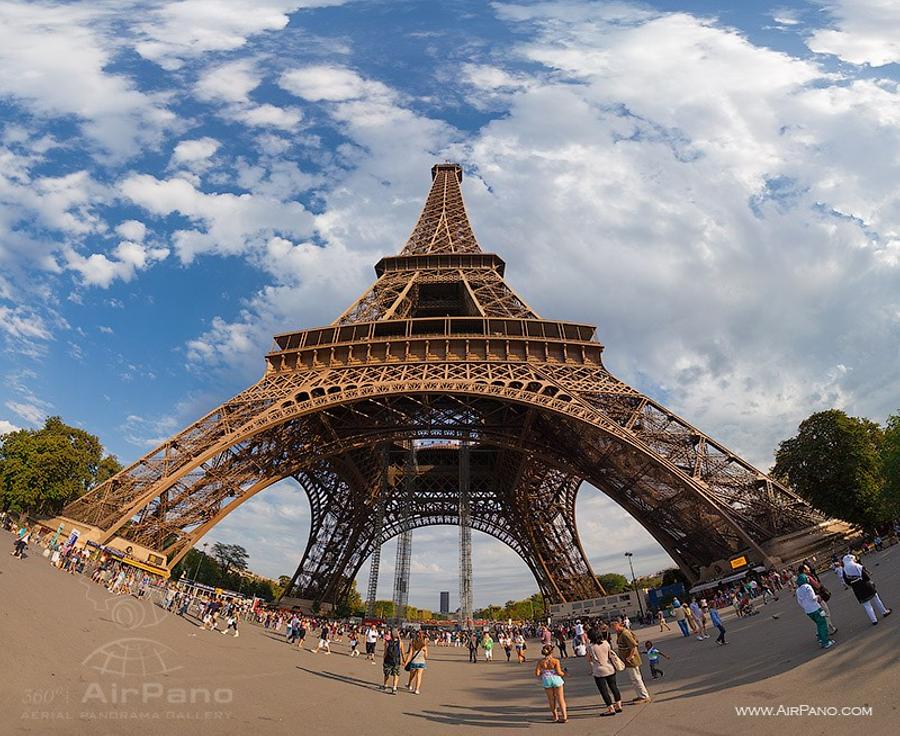 However, now you have a great opportunity to be impressed by the Eiffel Tower, to enjoy its beauty without a fuss, and to see panoramic views of Paris!