by Stas Sedov and Sergey Shandin, members of the AirPano Team that is a member of the global-geography Consortium.

Since the end of the 19th century, the southeast coast of France on the Mediterranean Sea has been called the French Riviera (Cote d'Azur). The breathtaking beauty in combination with the mild climate of this place attracts the amateurs of luxurious recreation. Nice, being the vacation and resort capital, is the biggest city of the coast and the fifth largest city of the country. As far as it is protected from winds by the Alps, Nice has around 300 sunny days a year, and rare rainfalls on hot days make the weather practically perfect.

Quite long ago this territory was the area that many armies were fighting for due to the advantageous geographical position. One of the episodes of the eventful history found its place among the sights of Nice. In 1543 the city was attacked by the Algerian pirate fleet headed by Barbarossa. The local garrison was not numerous, and the citizens had to cope with the adversaries by themselves. One of the most bravest locals was Catherine Ségurane, who courageously fought the attacking sailors and even killed one of them with a washing roller. Then the woman raised the flag and led the resistance. And thus, with the flag in her hands, Catherine Ségurane is represented on the bas-relief erected in the Old-town centre in 1923. 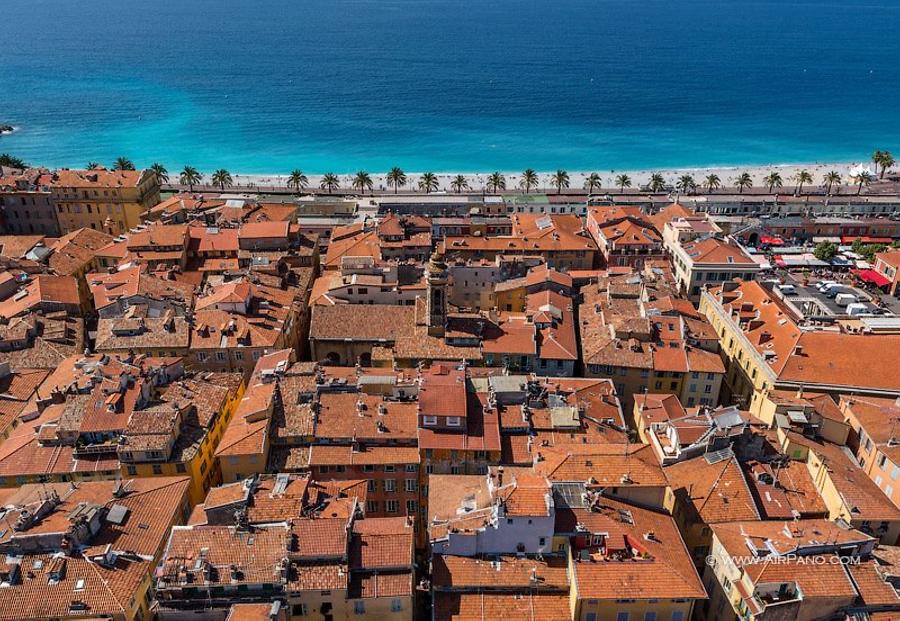 Though, some people consider this story to end in a different way. To be exact, having hit the pirate, Catherine turned her back upon the others and lifted the skirt showing her back part. Bewildered, the enemies could not fight any more, and the defenders could not help taking advantage of that. No matter whether this story is real or not, the end of the battle is a historical fact: invaders wavered and fled to their ships. Thus, one of the streets took the name of the local Jeanne d'Arc and the first monument in her honour was built in the 16th century.

Before the 18th century the coast of Nice had been occupied by huts of fishermen and dockers, meanwhile comfortable houses for well-off people were built on the highlands far from the shore. Nowadays, all the seaside of the city is occupied by the pompous eclectic buildings of the 19th and the beginning of the 20th centuries. The Promenade des Anglais (Promenade of the English) in Nice follows the curve of the bay, which bears the beautiful name of Baie des Anges (the Bay of the Angels). The famous Negresco hotel, which was listed as an Historical Monument of France in 2003, also stands here. 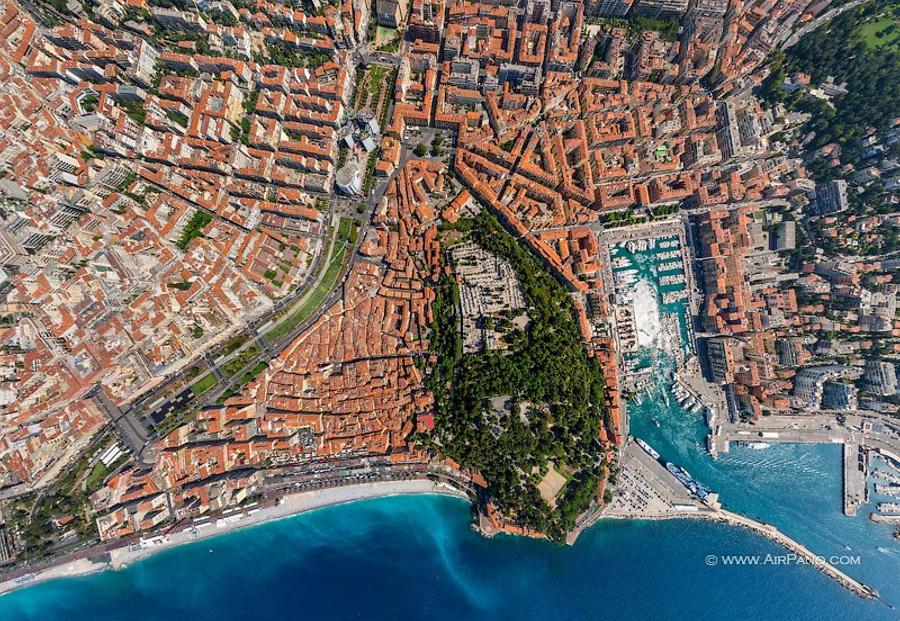 There are many cathedrals, churches and palaces of the 17th-18th centuries, created in the Italian Baroque style. In addition, Nice also has a lot of museums of all kinds: museums of archaeology, natural history and fine arts, naval museum, Musée Matisse and many others. In 1930 Nice hosted international car racing in the Formula Libre — predecessor to Formula One. 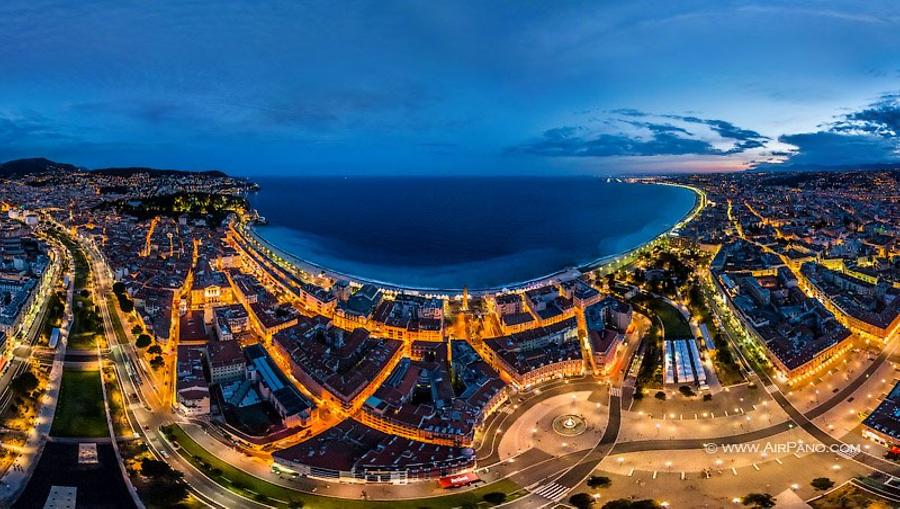 But, undoubtedly, in the first place Nice is famous for being the luxurious resort, and in many aspects it owes this to the members of the Russian Imperial Family. The Empress Alexandra Feodorovna arrived in Nice on 26 October 1852, and it was a key decision for the future of all the French Riviera.

In Villefranche Bay, situated several kilometers away from Nice, some lands were purchased and then a house for the Imperial Family was built. Later, around 400 Russian families purchased the property, and by 1913 the number of Russians had reached around 3,500 among 150,000 residents of the city. By this time the construction of the St Nicholas Orthodox Cathedral had been completed, which is presently one of the most famous landmarks of Nice and the largest Russian Orthodox cathedral in Western Europe. 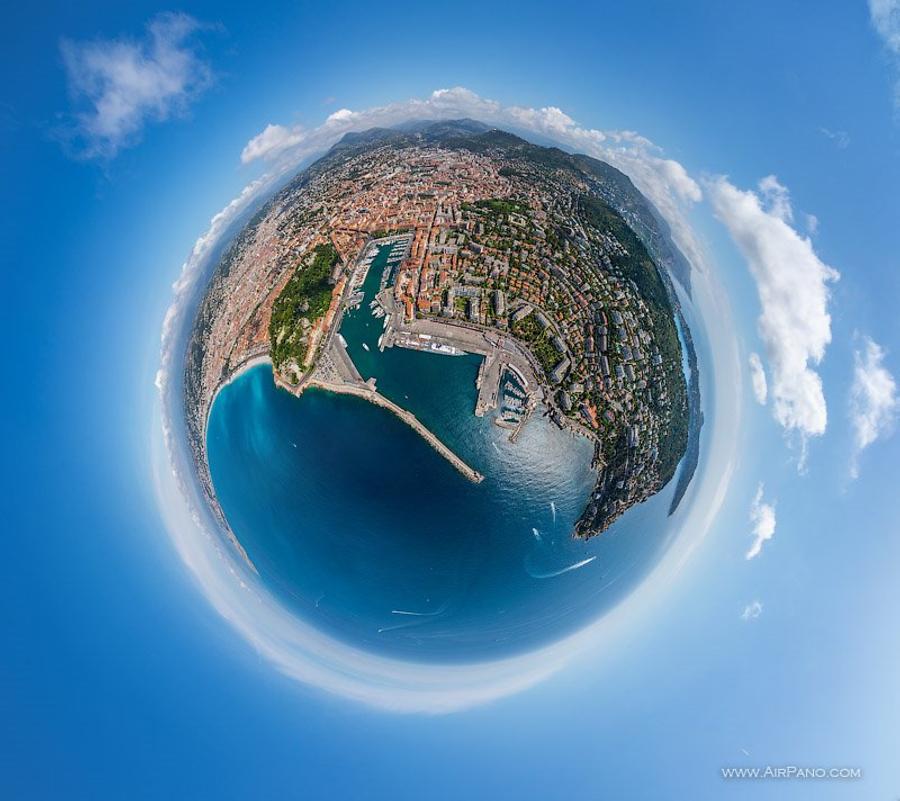 Some people say that rumors of the luxurious Nice are exaggerated: millionaires do not stand at every corner and, in fact, the inhabitants of the city lead quite a modest life. But, at the same time, the hotels of Nice are ones of the most expensive in the world, and some travel amateurs can not afford a walk in the streets of the French Riviera capital... Though, actually, can — by means of our panoramas.