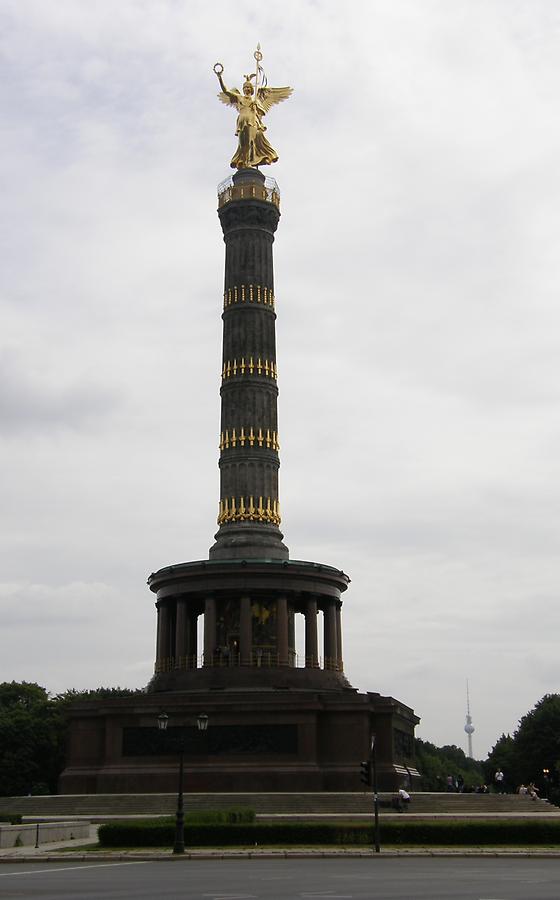 The 67m tall Victory Column Siegessäule, Großer Stern, Berlin, Deutschland was designed to commemorate the Prussian victory in the Danish-Prussian War after 1864. Nine years later it was inaugurated, but in the meantime Prussia also defeated Austria in the Austro-Prussian War and France in the Franco-Prussian War and therefore the statue received a new meaning and the bronze sculpture of Victoria was added.