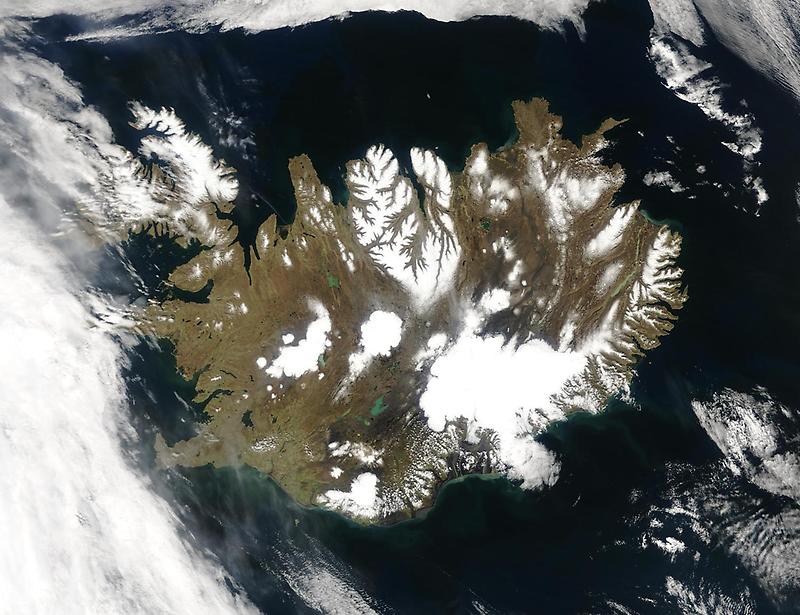 Photo courtesy of NASA., under PD
Summer temperatures melt snow and ice on much of Icelands surface, as shown on this satellite image. The lack of uniform snow cover allows permanent (though shrinking) icefields to show through (particularly Vatnajokull in the southeast), and highlights the islands rugged coastline.

Scores of fjords edge the island, resembling feathers waving out into the waters of the northern Atlantic Ocean (bottom) and Greenland Sea (upper left).

Though Icelands climate is relatively mild and humid thanks to the North Atlantic Drift, and though the islands active volcanism provides inexpensive heating, only about the a quarter of the island is habitable, most of that along the coastlines.