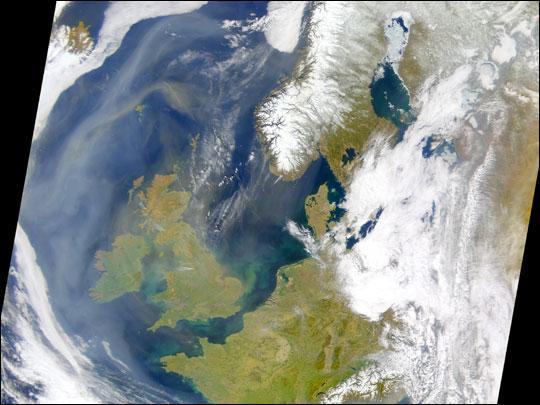 Photo courtesy of NASA., under PD
Dust from North Africa mingled with other aerosols in the skies over the United Kingdom (left of center) and Ireland (farther west) on 18 April 2003. In this scene, the dust is more prominent to the north over the Atlantic, where it can be seen as a tan swirl west of Norway.

West of Ireland, the haze is grayer, and is more likely pollution. In the United Kingdom, a few bright plumes of white could be associated with fires.