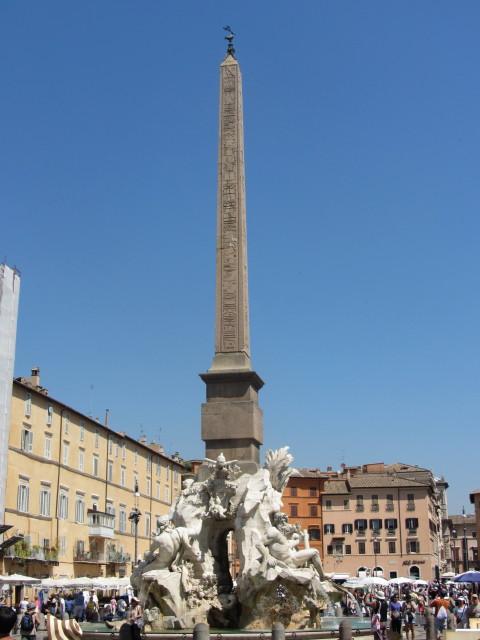 Licensed under PD
The obelisk presently in the Plaza Navona in Rome was created in Aswan, Egypt at the request of Emperor Domitian in the 1st century A.D. At one time it stood in the Circus Maximus.

The obelisk is surrounded by the Fountain of Four Rivers (Fontana dei Quattro Fiumi) built by Gian Lorenzo Bernini in 1651. The fountain shows four river gods representing four continents under papal authority. The gods stand for the Nile, Danube, Ganges, and Platte.