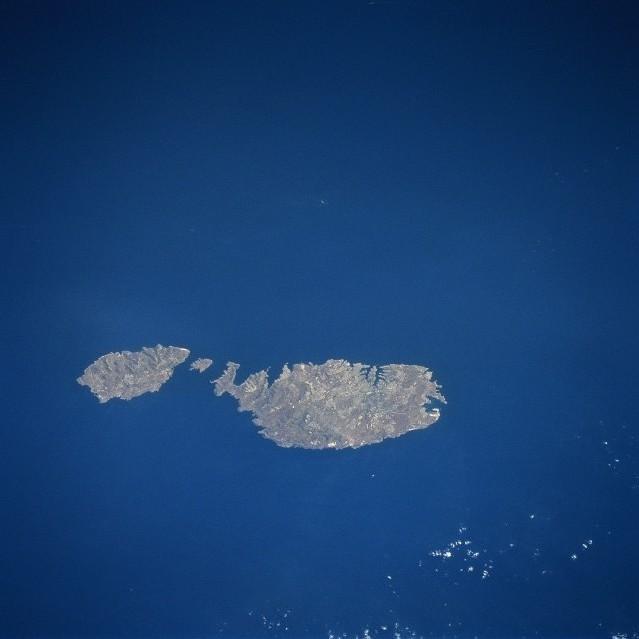 Photo courtesy of NASA., under PD
Although small in size (122 sq mi-316 sq km), the independent republic of Malta Malta is strategically located midway between the Strait of Gibraltar and the Suez Canal in the Mediterranean Sea.

The country is made up of three inhabited islands that are visible in this image: the island of Malta, the largest, Gozo, and Comino, the smallest (situated between the two larger islands). The capital and largest city, Valletta, is mainly built around a rocky peninsula, arrow-shaped peninsula extends northeast between two natural harbors (small, narrow, dark features).

The geological faulting in this area has produced numerous fine natural harbors around the periphery of Malta. Although the islands are composed of sedimentary rocks, mainly limestone and clays, the alkaline soils provide fertile conditions for the well-established agricultural economy.

Precipitation amounts can be a problem in that the islands average only about 32 cm (12 in) per year. Malta has few natural resources so the growth of tourism, especially since World War II, has gradually added to the Maltese economy.