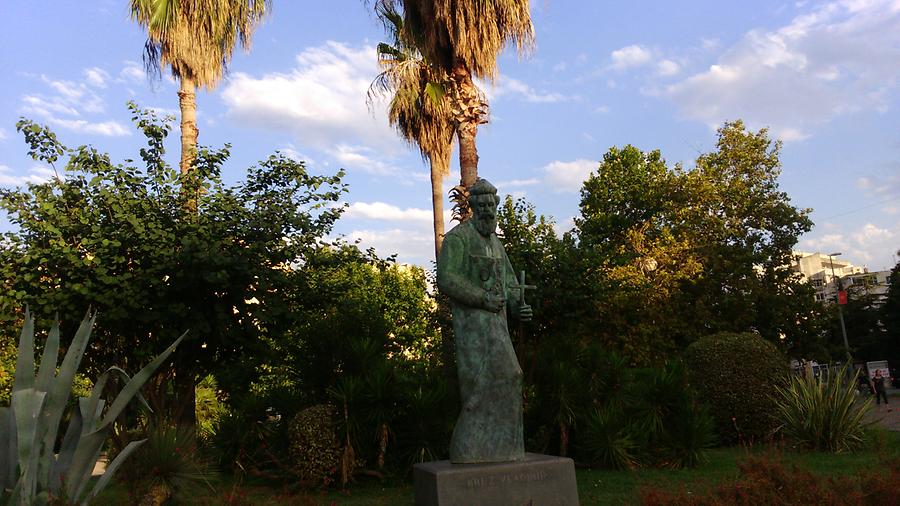 Statue of Jovan Vladimir. Jovan Vladimir (ca. 990 – 22 May 1016) was the ruler of Duklja, the most powerful Serbian principality of the time, from around 1000 to 1016. He ruled during the protracted war between the Byzantine Empire and the First Bulgarian Empire. Vladimir was acknowledged as a pious, just, and peaceful ruler. He is recognized as a martyr and saint, with his feast day being celebrated on 22 May.