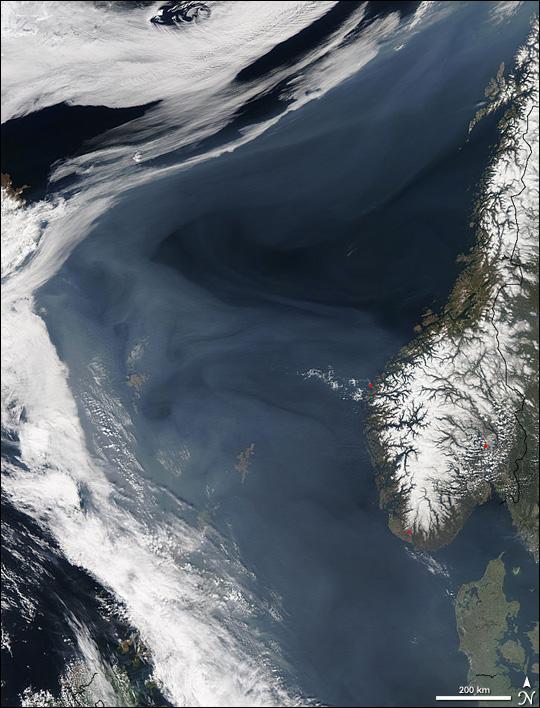 Photo courtesy of NASA., under PD
Grayish white over the deep blue Norwegian Sea, a thick cloud of smoke drifts north off the western coast of Norway in this image, taken on 7 May 2006, by NASAs Aqua satellite. The smoke is coming from hundreds of fires burning in western Russia, most of which are probably agricultural fires.

By the time this image was taken, smoke had lingered over the Norwegian Sea for more than a week as the fires continued to burn. In this image, hazy skies extend from Denmark, lower right, west to Iceland, upper left. The densest of the smoke hangs over the Shetland Islands (lower center) and the Faroe Islands (left center).

The northern shores of Great Britain are in the lower left corner of the image. Red dots mark the locations of scattered burning fires in Norway.