by Dmitry Moiseenko and Mike Reyfman, members of the AirPano Team that is a member of the global-geography Consortium.

Undoubtedly, Svalbard (formerly known as Spitsbergen) is one of the most unusual places on the Earth. This vast polar archipelago, located in the Arctic Ocean, is the northernmost part of the Kingdom of Norway and the demilitarized area at the same time. 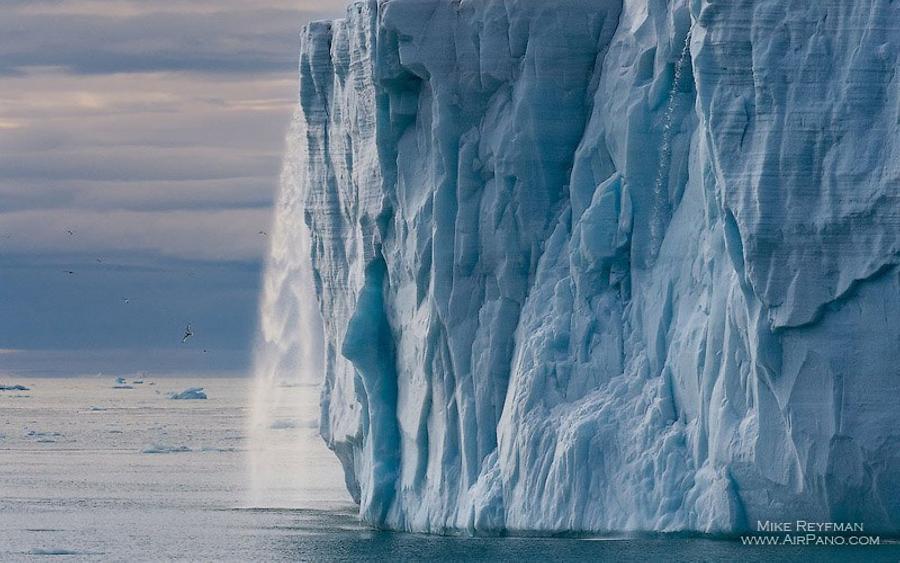 In 1920 the Svalbard Treaty between Norway, the USA, Denmark, France, Italy, Japan and other major countries was signed; it defined the international legal status of the archipelago. This document recognises the sovereignty of Norway over this formerly free arctic territory, but the countries-signatories are given the right to the exploitation of its natural resources and its territorial waters. The Soviet Union entered the Svalbard Treaty in 1935. 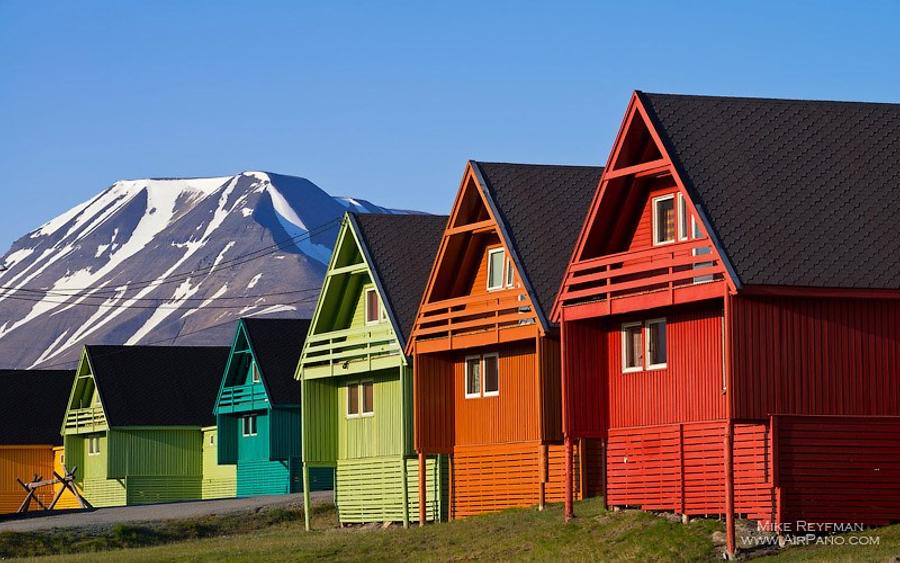 Although there are more than 50 parties in the Treaty, only Russia is making use of the right to carry on household activities. As a result, the second largest town of the archipelago — Barentsburg, located on Western Spitsbergen Island — belongs to Russia. Two more Russian settlements, namely the villages of Pyramiden and Grumant, were abandoned in the end of the 20th century. Official languages of the archipelago are Norwegian and Russian. Despite the fact that the archipelago is controlled by Norway, Russian citizens need no visa to visit this territory. 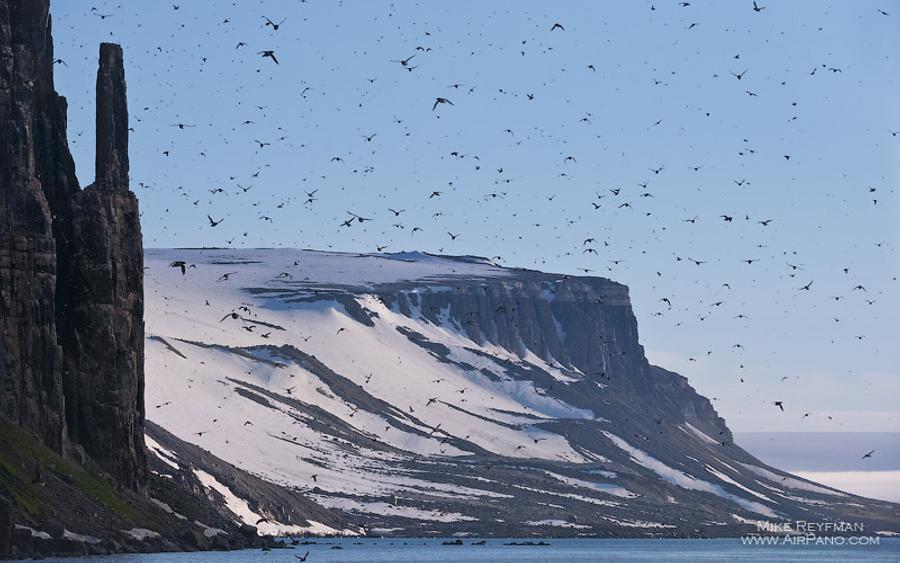 The archipelago features a severe Arctic climate, although in the western part it is softened by the Gulf Stream. Nevertheless, the average temperature of the hottest month of the year, July, is only +4.4C°, and the first snowfalls can occur in August. In such conditions only low and cold-tolerant vegetation can survive: the dwarf birch, the polar willow, different kinds of mosses and lichens. Certain species of red seaweed exist on glaciers, turning them into pinkish tones. The unique feature of Svalbard is the small number of microbes, dust and bacteria — it's too cold for them here. 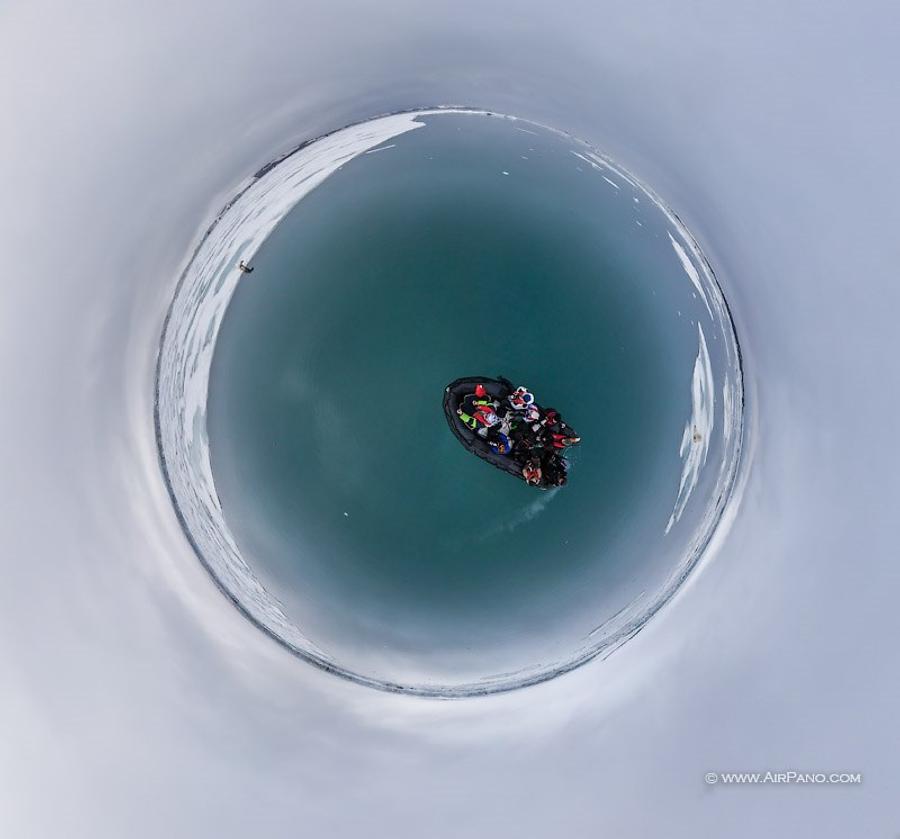 There are three nature reserves and three wildernesses created on the territory of Svalbard: they occupy practically half of the area of the archipelago. One more "treasure" of these lands is its natural resources. Coal production began here in the 20th century; this resulted in the creation of multiple mines and settlements. But nowadays some part of the recourses has already been drained, and several settlements have been abandoned. But thanks to the mentioned absence of microbes and bacteria, homes left by people a long time ago still look like new buildings.

Scientists studying different fields live in Barentsburg: geologists, geoscientists, archaeologists, biologists, glaciologists, geographers. Such scientific institutions as the operating meteorological station of the Russian Hydrometeorology and Environmental Monitoring Agency and the northernmost Cosmic Ray Laboratory are situated here. Norwegian Longyearbyen, the largest settlement and the administrative centre of Svalbard, is the northernmost town in the world with the population of more than one thousand people. Actually, the northernmost civil airport is also here. 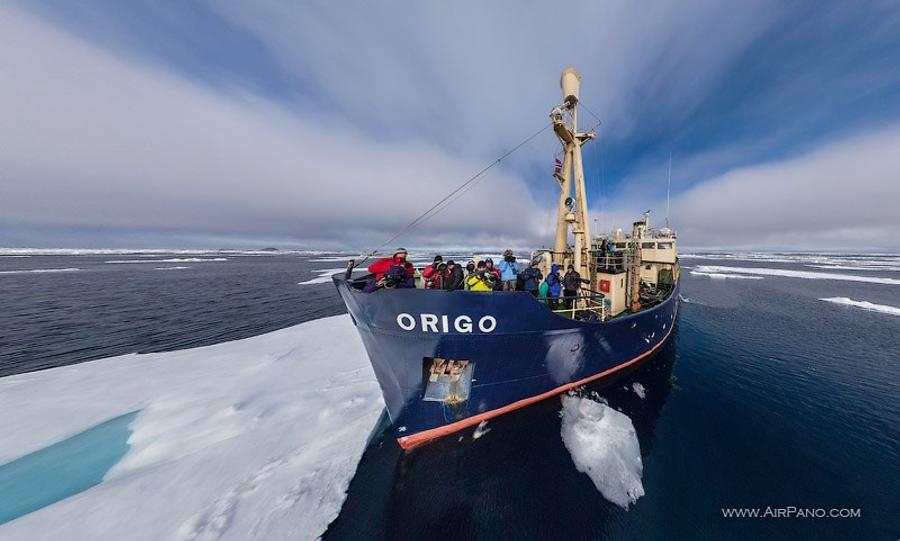 One more interesting feature of the archipelago is the Svalbard Global Seed Vault — a seed bank created in 2006. An unremarkable entrance on the surface leads to the facility located 120 meters down the sandstone terrain. Permafrost and lacked tectonic activity allow the samples of agricultural plants to survive any possible cataclysm and save the humankind from starving, in case of need. 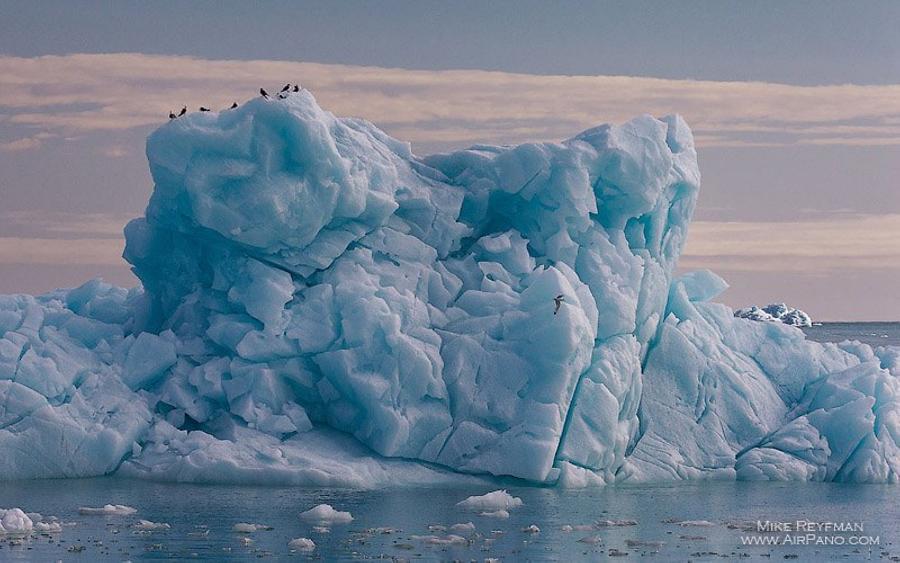 In the 1920s Svalbard became the main Polar Air Base: it was the starting point for expeditions of the famous Norwegian traveller Roald Amundsen and other explorers. Nowadays you can reach Svalbard not only by air, but by sea as well. Thousands of tourists come here in high season to enjoy the beauties of local nature. But nevertheless, you can witness crystal clear glaciers, coasts cut by fjords, mountain ranges, the boundless ocean, polar animals and birds without leaving your home: you can do it with the help of AirPano panoramas. 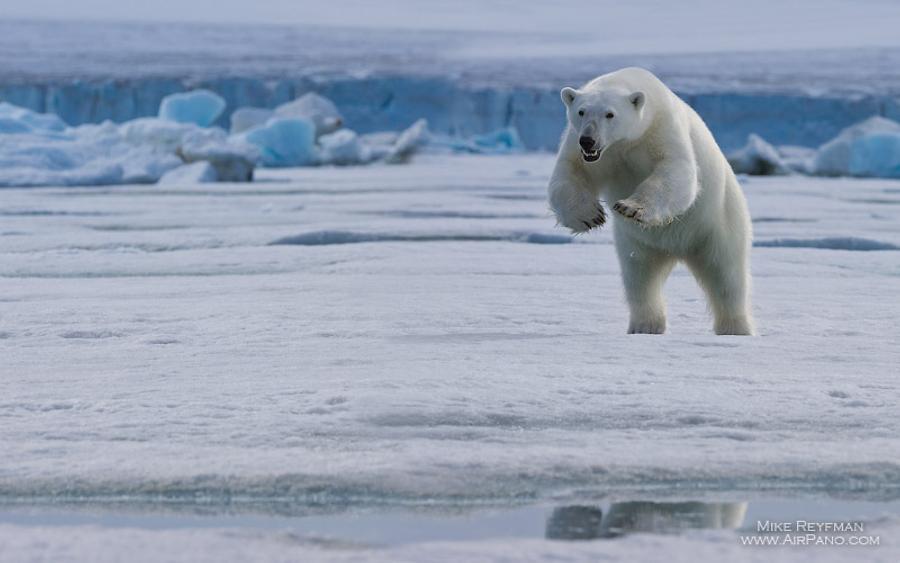