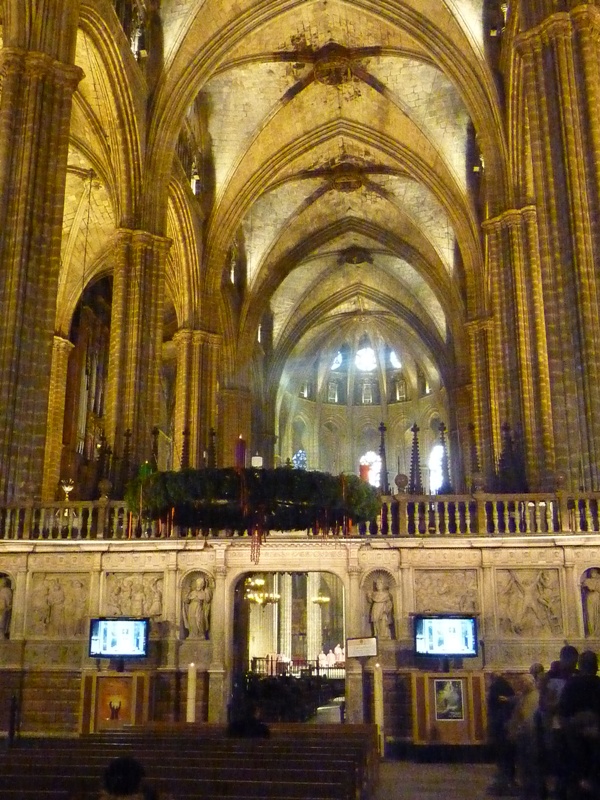 The cathedral is a hall church, vaulted over five aisles, the outer two divided into chapels.

The high altar is raised, allowing a clear view into the crypt.

The cathedral is dedicated to Eulalia of Barcelona, co-patron saint of Barcelona, a young virgin who, according to Catholic legends, suffered martyrdom during Roman times in the city.

One story has it that she was exposed naked in the public square and a miraculous snowfall in mid-spring covered her nudity. The enraged Romans put her into a barrel with knives stuck into it and rolled it down a street.