The Strait of Gibraltar (1)# 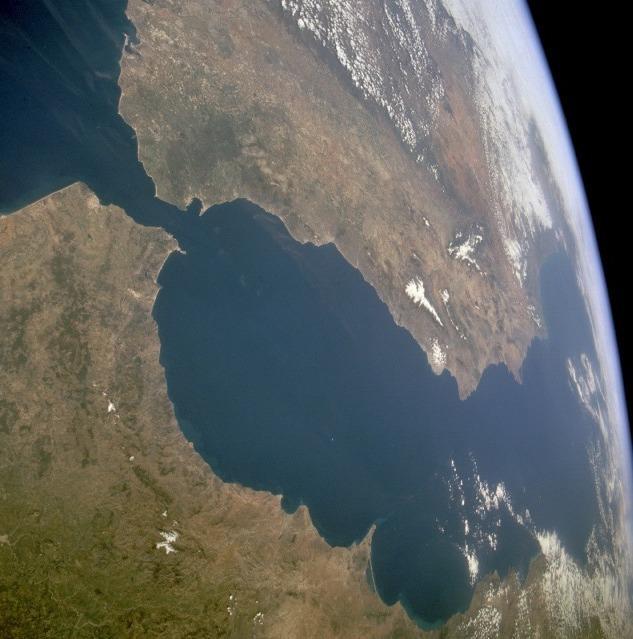 Image courtesy of NASA., under PD
The Strait of Gibraltar provides a natural physical barrier between the countries of Spain (north) and Morocco (south).

This photo shows the mountainous northern coast of Morocco and the coastal mountains of southern Spain, including the dagger-shaped, snow-covered Sierra Nevada Mountains of southeastern Spain.

The British territory of Gibraltar is located on the thin, wedge-shaped peninsula on the east side of the bay in the southernmost protrusion of Spain. The city of Ceuta is a Spanish enclave on the extreme northeastern coast of Morocco.