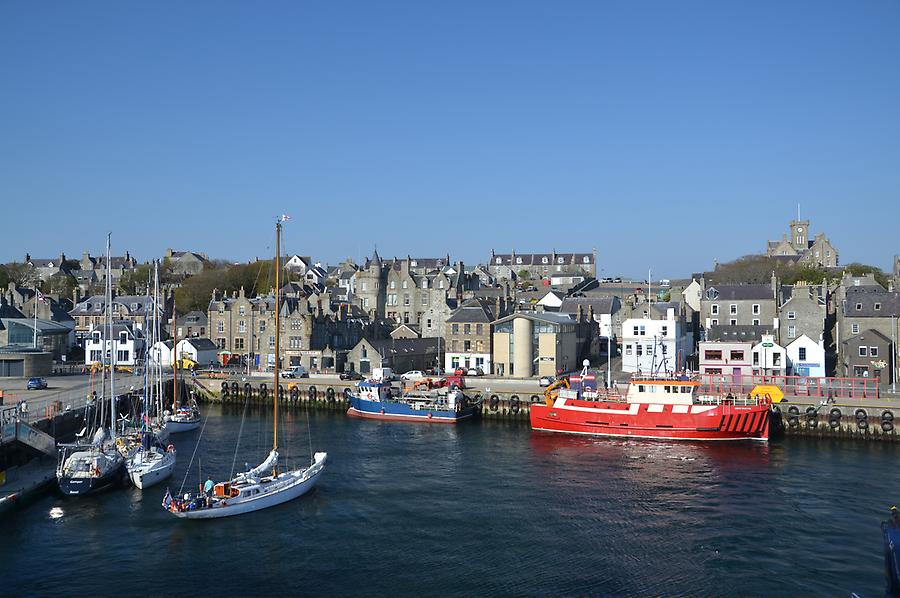 The capital, administrative centre, main port and only sizeable town of Shetland is Lerwick Lerwick, Großbritannien und Nordirland . Lerwick is a relatively young town, since the islands have been inhabited for many centuries prior to the founding of Lerwick in the 17th century. Because of its superb natural sheltered harbour, called Bressay Sound, it soon began to grow as a trading port for Dutch herring fishermen. By the late 19th century Lerwick had become the main herring port in northern Europe and has continued to grow ever since. Lerwick is the most northerly and most easterly town in Scotland. The nearest bigger cities are: Aberdeen (340km to the south), Bergen in Norway (370km to the east) and Tórshavn in the Faroe Islands (370km to the northwest).