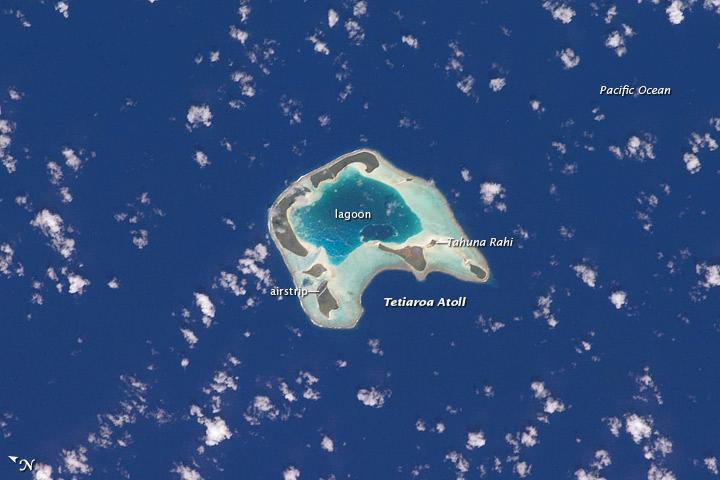 Image courtesy of NASA., under PD
Tetiaroa Island is part of the Society Islands archipelago in the southern Pacific Ocean, one of several island clusters in French Polynesia. Tetiaroa is an atoll comprised of thirteen small islets (or motus).

This astronaut photograph illustrates the typical circular appearance of a fully developed atoll. The ring of islands - covered in green vegetation and white-to-tan sandy beaches - develops on coral reefs, which originally form around a volcanic island.

The shallow lagoon waters appear blue-green in this image, and contrast with darker and deeper Pacific Ocean waters surrounding the atoll. One of the motus in the southern portion of the atoll, Tahuna Rahi, is a protected bird sanctuary.