Sea water off the east coast # 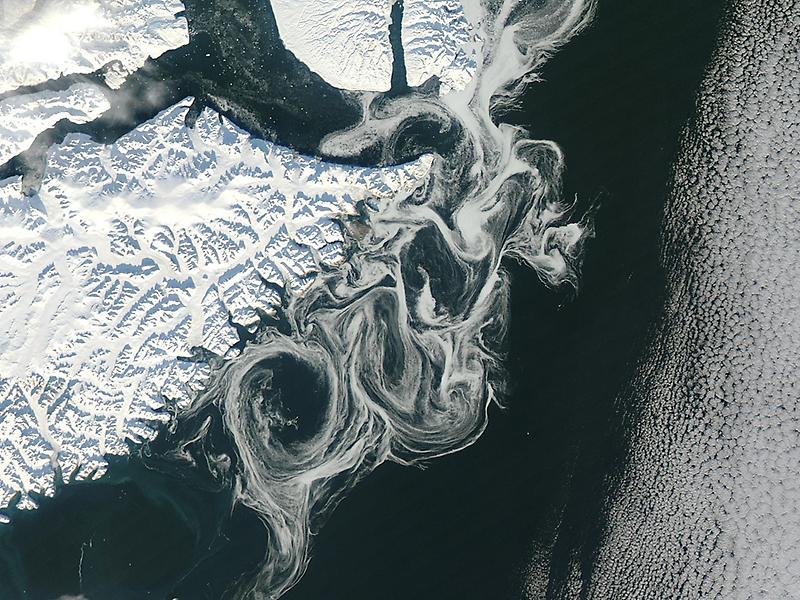 Photo courtesy of NASA., under PD
Sea water off the east coast of Greenland looked a bit like marbled paper in October 2012. The shifting swirls of white were sea ice, as observed by satellite. Thin, free-drifting ice moves very easily with winds and currents.

However, the ice in this image is more likely a remnant of old ice that migrated down to the coast of Greenland. Sea water is unlikely to start freezing this far south in October.