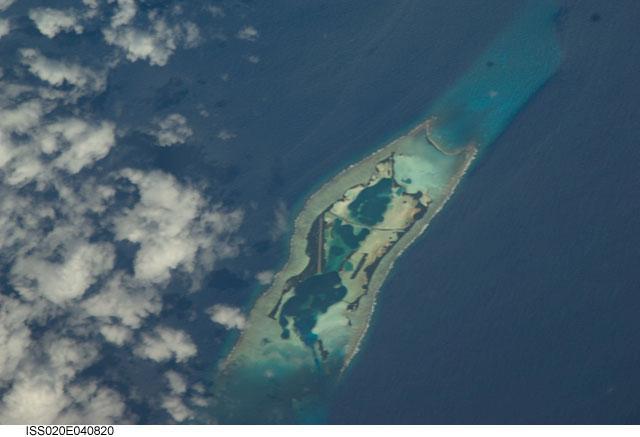 Photo courtesy of NASA., under PD
Palmyra Atoll is an unoccupied equatorial Northern Pacific atoll of some 12 sq km (4.6 sq mi) administered by the US Government. It is located almost due south of the Hawaiian Islands, roughly halfway between Hawaii and American Samoa.

The atoll consists of an extensive reef, two shallow lagoons, and some 50 sand and reef-rock islets and bars covered with vegetation.

The variable temporary population of 4 to 20 "non-occupants" consists of staff and scientists employed by various departments of the US Government and The Nature Conservancy, as well as a rotating mix of Palmyra Atoll Research Consortium scholars pursuing research.