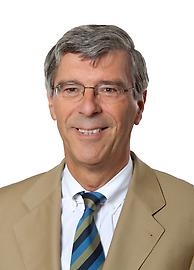 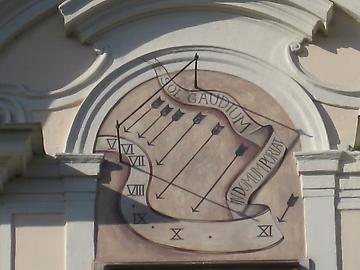 Sun dial in Hackhofgasse 19, Wien 19
© Ewald Judt, Date of photo Oktober 31, 2013
Born 1950, he studied Managerial Economics at the University of Economics in Vienna where he received his Ph.D. in Economics and Social Sciences.

He then was active in various sectors of banking.

Starting in 1980 he was CEO of Eurocard Austria and the sucessor companies Europya Austria and PayLife Bank.

He retired in 2011, with his workload increasing rather than diminishing

After obtaining his Ph.D. he was lectturer and later Honorary Professor at the University of Economics in Vienna, where he was active in teaching and research.

Ewald Judt was President of the Financialmarketing-Union in Austria (Finanzmarketingverband Österreich) from 2002 to 2005, and before that and thereafter he was its vice-president.

He is co-editor and member of the Editorial Board of the “International Journal of Marketing”, of the journal “bank und markt” and “Karten-cards-cartes”, and also of the series of publications “Financial Services Management”.

His hobbbies include travel and photography, and one of the projects is the idea to fully document Vienna. An example is shown to the right, more under pictures of Vienna.