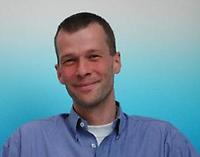 Flexible materials like cloth or living tissue are everywhere and therefore should be found in virtual reality as well. To achieve believable images or animations of flexible objects is a challenging task. It starts with the definition of a physically correct model, requires fast numerical integration, needs clever algorithms to detect and resolve collisions and, last not least, advanced rendering techniques to simulate complex reflection properties of different materials. Some examples will demonstrate the actual state of the art.

Wolfgang Strasser studied Electrical Engineering and Communications, and Computer Science at the Technical University of Berlin, where he received his Dipl.-Ing. (Masters in Engineering) degree in 1969. In 1974 he finished his Ph.D. work with his thesis work in the area of computer graphics hardware which describes for the first time the z-buffer algorithm.
In 1978 he was appointed Professor of Computer Science at the Technical University Darmstadt. In 1986 he moved to University of Tuebingen and founded the graphics research group.


At present, Strasser is Professor of Computer Science and adjunct Professor of Mathematics at Tuebingen. The graphics group in Tuebingen consists of about 20 researchers working in the area of Graphics Systems Design, Graphics Hardware, Visualization, Physical Based Modeling, Rendering and Geometric Modeling. The Lab is supported by grants from the German Science foundation, CEC and industry. In 1986, Strasser started the successful series of EG/Siggraph graphics hardware workshops.

He has published numerous papers in scientific journals and conferences. He has given tutorials at EG conferences, Siggraph, has chaired many conferences and workshops, and is a fellow of the EG Association. Strasser is a consultant to the government and industry.

In 2000, the Technical University of Darmstadt awarded Professor Strasser with a honorary doctor degree for his outstanding contributions to the field of Computer

He is Professor of technical cybernetics, head of the Center Machine Perception, deputy head of the Department of Cybernetics, Faculty of Electrical Engineering at Czech Technical University, Prague. His Research Interests: 3D computer vision, reconstruction of 3D scenes from 2D images, omnidirectional vision, range imaging, pattern recognition with emphasis to relation between statistical and structural methods, industrial and medical applications of machine vision.

The question how to represent visual information in an artificial cognitive system to enable fast and reliable execution of various cognitive tasks has been discussed throughout the history of computer vision. The theories have converged towards hierarchical architectures of parts composed of parts, (the so-called compositional systems), starting with simple, frequent features that are gradually combined into more and more complex entities. However, the automatic design of parts in hierarchical layers has been hindered by a theoretically enormous number of possible compositions. In this talk, I will describe a novel approach that overcomes the exponential complexity of unsupervised learning by exploiting the favorable statistics of natural images in a sequential, hierarchical manner. The parts recovered in the individual layers of the hierarchy vary from simple to more complex ones and enable a fast indexing (bottom-up) and matching (top-down) scheme that can be efficiently used for a variety of cognitive tasks. I will show the results of the proposed approach obtained on different data sets, yielding important insights for designing compositional systems.

Ales Leonardis is Professor of Computer and Information Science at the Faculty of Computer and Information Science at the University of Ljubljana.
From 1988-1991 he was a visiting researcher in the General Robotics and Active Sensory Perception Laboratory at the University of Pennsylvania. Between 1995 and 1997 he was a postdoctoral associate at the PRIP, Vienna University of Technology, Austria. He was also a visiting researcher and a visiting professor at the ETH, Switzerland, and at the Technische Fakultaet of the Friedrich-Alexander-Universitaet in Erlangen, Germany, respectively. Ales Leonardis has been a member of program committees (including ICCV, CVPR, ICPR), a reviewer for major journals in the area of computer vision and pattern recognition, and a co-chairman of international conferences (CAIP) and workshops (NATO ARW, CVPR, Dagstuhl, ECCV). He is a program co-chair of ECCV2006. He is also an Associate Editor of Pattern Recognition.


A. Leonardis is currently serving as the Slovenian representative in the Governing Board of the International Association for Pattern Recognition. A. Leonardis has been involved in several national, international (bilateral), and EU-supported projects.

He received several awards and was elected an IAPR Fellow in 2002. In 2004, he received an honorary title of the Ambassador of Science of the Republic of Slovenia, which is awarded by The Slovenian Ministry of Education, Science, and Sport to the individuals whose research activities have achieved an outstanding international recognition.

In recent years, cars have become complex, computer-controlled machines using many onboard sensors to optimize driving behaviour. At the same time, a large number of convenience and entertainment functions have entered the car. As a result, there is the potential to provide drivers with a wealth of information while they are driving the car.

It is unclear how and where to present such information without overwhelming and confusing the drivers. Recent developments suggest placing some information directly in the windshield - into Head-Up-Displays (HUDs), since they allow users to keep their eyes on the road while simultaneously seeing additional information. Such concepts are much amenable to the core ideas of Augmented Reality, showing information integrated into the real environment of the car.

In this talk we will propose some AR-based presentation schemes and report on first results of user studies that explore how car drivers can cope with AR-based overlays while having to focus on the primary task of car driving.

Prof. Gudrun Klinker, Ph.D., born 1958 in Osnabrück, studied Computer Science in Erlangen and Hamburg, got her Ph.D. degree in Computer Science at the Carnegie-Mellon University in Pittsburgh, USA.
Her academic career led her amongst others from Hamburg (KOGS-Labor) to Cambridge (Cambridge Research Lab) and Munich/Darmstadt (Fraunhofer Project group).
Since May 2000 Gudrun Klinker has been Professor for Augmented Reality at the Technical University of Munich, Germany.
Continue to Track 4
< vorheriger Artikel zum vorigen Artikel: 'Gruppe 1'
nächster Artikel >zum nächsten Artikel: 'Gruppe 8'