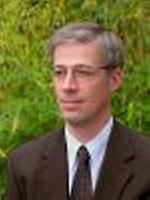 While Web 2.0 seems to fuel the next Internet generation and financial bubble, many small and medium sized enterprises are left behind: One of the many "digital divides" is the gap between those companies exploiting new collaborative business process networks and new sources of innovation as compared to those companies which are driven by increasing costs and increasing competition as well as descreasing access to resources and descreasing profit margins. Models, technical applications and case studies of successfull Web enabled cooperations, innovation strategies and business intelligence solutions will be presented, which have been developed at ISNM: Living corporate landscapes in the geo-spatial Web, (business) intelligent and social search in the Web as well as results of empirical studies demonstrating the relevance of these new concepts.

Until recently, Joachim Hasebrook was Professor for E-Learning & Work Design and Academic Director at the International School of New Media (ISNM), University of Luebeck (Germany). He has now accepted a new professorship for Information Management at the WHL, the academic university of the AKAD group, Germany. He is also Senior Manager at zeb/, Germany's leading consulting company specialized on banking and finance.
He studied psychology and computer science at the University of Marburg (Germany), wrote his doctoral thesis about learning with hypermedia at the University of Giessen (Germany) and received his second doctorate at the Technical University of Graz (Austria). He was also trained as a professional editor and journalist in Germany and attended executive management courses at Goizueta Business School in Atlanta (USA).


Joachim teaches the use and evaluation of management information and learning support systems, explains the role of strategic competence management, helps to study work (place) design, and to understand the (sometimes abnormal) psychology of organizations.

He worked as a research assistant and research fellow of different universities implementing and evaluating multimedia and hypertext systems. He also implemented and evaluated expert systems for vocational guidance in charge of Germany's Federal Agency for Labor. He was product manager of a series of multimedia CD-ROM concerning job applications, job profiles and vocational guidance. Joachim worked several years for Bankakademie, a non-profit assocation for further education of Germany's private banks. He was head of the department developing all concepts and programs of Bankakademie. He was founder and Co-CEO of Knowbotic Systems Ltd., a company developing applications of distributed computational intelligence, which received the start-up award of the City of Frankfurt in 2001. He was also founder and managing director of efiport Inc., the e-learning company of the private banks of Germany - now serving more than 120.000 learners in Germany and Europe and winner of several e-learning and ASP awards. Since April 2004, he is professor for e-learning & work design and director executive education at ISNM. Joachim wrote and edited ten books about multimedia, hypermedia and collaborative learning. He wrote more than 100 articles and served as supervisor and expert for technical options assessment of the German and European parliament. He also wrote expert opinions in charge of German and Austrian ministries and is project leader of several research and pilot projects including "Economic Value of Human Capital: Competence-Based Valuation of Intellectual Capital" and "Learning Tolerance: A Web and Learning Portal". Joachim serves as a member of several editing and conference boards, such as Journal of Universial Computer Science, German Journal of Educational Psychology, and E-Learn (a AACE conference), Knowledge Based Engineering Conference.

A common perception is that there are two competing visions for the future evolution of the Web: the Semantic Web and Web 2.0. A closer look, though, reveals that the core technologies and concerns of these two approaches are complementary and that each field can and must draw from the other's strengths. We believe that future web applications will retain the Web 2.0 focus on community and usability, while drawing on Semantic Web infrastructure to facilitate mashup-like information sharing. In this talk, we will highlight the unresolved issues of converging the two visions, but also show the potential for combining Web 2.0 and Semantic Web technologies.


He is engaged in various national and international cooperation projects being funded by e.g. Deutsche Forschungsgemeinschaft (DFG), the European Commission, the German Ministry of Education and Research, and industry. He is president of the Semantic Web Science Association (www.iswsa.org) and Editor-in-chief of the journal Web Semantics: Science, Services, and Agents on the World Wide Web (www.websemanticsjournal.org).

For obvious conservatory reasons libraries have to lock away their precious old papyri, manuscripts and early prints in air-conditioned and well-guarded safes. Up to now only a tiny fraction of those works has been digitized and made accessible on the Web.

It is then a challenging problem to build appropriate user interfaces which can serve experienced scientists like historians, linguists, librarians etc. as well as any newcomers to such historical sources.

"Deep tagging" within the texts has to be provided to support user navigation, e.g. locations, persons and dates should be identified for external references. And a fault-tolerant fulltext search is needed to overcome the frequent spelling variations. Augmented reality techniques come into play to decipher the original handwriting. The so-called alpha-blending places the image of the text transcription over the original scan and then cycles through the tranparency values of the upper part. To enrich the presentations audio-samples can be coupled in karaoke style to the lines of the original texts.


Kappe Frank: The 3D Internet: Past, present, and Future
#

3D virtual worlds have recently received a lot of interest, as exemplified by the media hype around "Second Life". In this talk, I will briefly discuss the surprisingly long history of the 3D Internet (including research done at the IICM in the 1990s), give an overview of the current state of the art, and speculate about likely future developments in this area.

Since beginning of 2006, Frank Kappe is the "Styria-Professor for Innovative Media Technology" at the Institute for Information Systems and Computer Media (IICM) of the Graz University of Technology. This chair is sponsored by Styria Media AG, a local media company, with the aim to identify technology trends and develop novel applications in the field of new media, and to strengthen research in media technology in Graz in general.


Frank Kappe was born in the USA, but has studied at the Graz University of Technology, where he received his doctoral degree in 1991 for designing "Hyper-G", which later became known as the world’s first Web Content Management System. After publishing some 60 research papers, Kappe left university in 1996 and founded the company Hyperwave, which commercialized the ideas of the Hyper-G project. After almost ten highly successful years in the software industry, Kappe accepted a position as full professor at the Graz University of Technology.

His focus is on innovative and emerging media technologies, including their commercial implications. His current research interests include applications for electronic paper, voice interfaces, interactive TV, and 3D online communities.