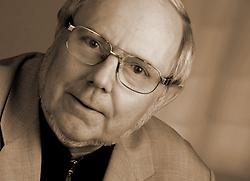 Hermann Maurer is representative of the Institute for Information Systems and Computer Media (IICM), an institutional member of the global-geography.org Consortium.

Hermann Maurer is Professor at Graz University of Technology.

Adjunct Professor at Denver University 1984-1988; Professor for Computer Science at the University of Auckland, New Zealand, in 1993 (on leave from Graz), and Honorary Research Fellow of that University till end of 2012. Advisor to the University of Malaysia at Kuching (UNIMAS) since 1998. Campus Captain of the University of Applied Sciences Business Studies 2002-2006, honorary title 'Visiting Professor' at the Danube University (Krems, Austria); Visiting Researcher for half a year at Edith Cowan University (Perth, Australia) in 2003.

Maurer received a number of awards, among them the Prize for Merits for Information Processing in Austria, the "Enter-Price" (a play of words with Enterprise) of the Styrian Chamber of Commerce in 1999, the German Integrata-Prize (for Human Software) in 2000, the 'AACE Fellowship Award' of the Association for the Advancement of Computing in Education in 2003; he became Foreign Member of the Finnish Academy of Sciences in 1996 and a member of the Academia Europaea in 2000, where he was elected chairman of the section Informatics in April 2009. He was also elected as member of the Board (Trustee) September 2012. In 2001 he was awarded the "Austrian Cross of Honours for Arts and Science Class I", and later, also in 2001, the "Large Medal of Honour of the Province of Styria". He received the Honorary Doctorate of the Polytechnical University of St. Petersburg in 1991, of the University Karlsruhe, Germany, in 2002, and of the University of Calgary in 2007.

Maurer is author of twenty books, over 750 papers in various publications, founder of 'Journal of Universal Computer Science' and member of over a dozen Editorial Boards. He was and is chairperson of steering committees and member of program committees of numerous international conferences. Founder of the Conference series ED-MEDIA and WebNet/eLearn and of the conference I-KNOW; he was European Representative at ICCE till 2000.

He was project manager of a number of multimillion-dollar undertakings including a patent for optical storage device, the development of a colour-graphic microcomputer (MUPID), an electronic teaching experiment COSTOC, multi-media projects such as "Images of Austria" (Expo'92 and Expo'93), various electronic publishing projects such as "PC Library", "Geothek", founder of the open access journal J.UCS and "Brockhaus Multimedial"; responsible for the development of the first second generation Web Based Information System Hyperwave, and an Learning Suite, a modern net based teaching platform, and a large electronic server Austria-Forum that in its current version has over 600.000 entries.

Involved in the multimedia part of a number of museum projects including Ars electronica Center (Linz, Austria) the Papa Tongarewa (Wellington, New Zealand) and the Odyseeum (Cologene, Germany). He participated in or headed a number of national and EU projects. Successful supervision of more than 400 M.Sc. theses and more than 50 Ph.D. thesis'. He was chair of the Informatics Section of Academia Europaea 2007-2012, and then was promoted to the board of trustees of this Academy.

Maurer has travelled extensively, both for exploring the world and for business. He has given over 1000 talks. His original research was in compiler design, formal languages, automata, algorithms and data-structures. He then worked in a variety of areas including applications of computers to exhibitions and museums, Web based learning environments, data structures and their efficient use, computer supported new media, dynamic symbolic language and techniques to fight plagiarism. His current main research and project areas are networked multimedia/hypermedia systems; electronic publishing and applications thereof, information integration, future implications of computers, and computers in Science Fiction.

His hobbies include: Travelling, Geography, Hiking, SCUBA diving and Writing Science Fiction. He was and is member of many learned societies. Since 1980 he has been member and official of Kiwanis.