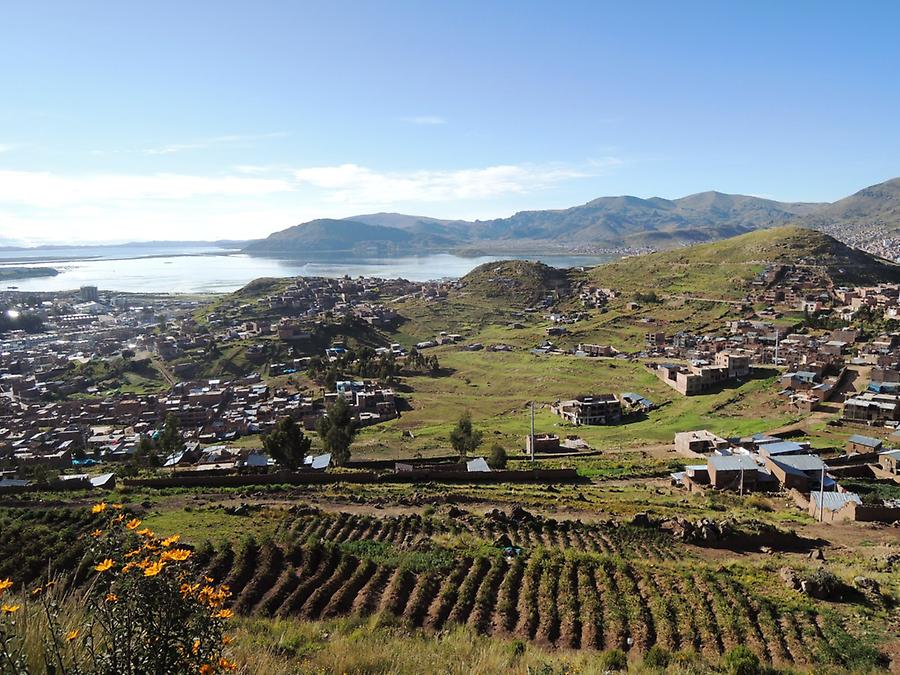 Puno at Lake Titicaca
© Bernd Mader, 2014
Puno -15.8355859,-70.0284048 is a city located between the shore of Lake Titicaca and the mountains surrounding the city at 3.830 m of average elevation above sea level. The town's less developed and poorest areas often have very steep streets.

Puno is the capital city of the Puno Region and the Puno Province with a population of approximately 150.000 (in 2014).

Puno has several churches dating back from the colonial period, built to service the Spanish population and evangelize the natives.